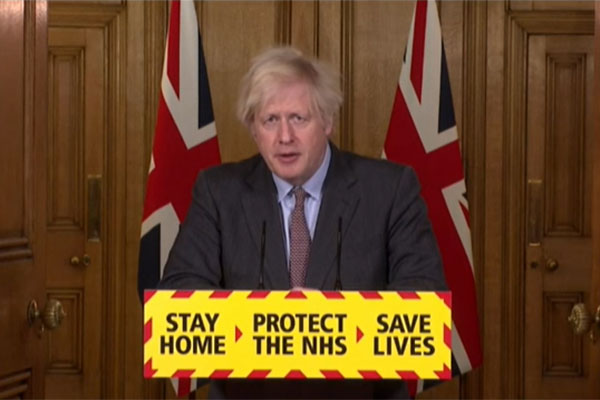 The prime minister has suggested it is unlikely the UK will adopt a vaccination certificate model for domestic travellers to prove they are Covid-free.

Speaking at a Downing Street briefing this evening, Boris Johnson said the UK would “look at everything”, and noted that other counties may implement such schemes, but said the UK would focus on “mass vaccination” and “rapid testing”.

Asked whether the UK would use ‘vaccination passports’ to help open up the domestic economy, such as pubs, he accepted “a lot of people are talking about” the idea “around the world and in this country”.

Johnson said: “Some counties are clearly going to be wanting to insist that people coming to their country have evidence of a vaccination, just as people insisted in the past that you have evidence of vaccinations against yellow fever or other diseases.”

But he said: “For the purposes of this country, and doing things within the domestic economy, we will look at everything – but what we are thinking of at the moment is more of a route that relies on mass vaccination plus… rapid tests.”

Rapid tests, such as lateral flow tests, would be implemented for the “toughest nuts to crack”, added Johnson, using the example of nightclubs

Asked if the cost of hotel quarantine, a measure introduced today, was fair – and accounted for people facing self-isolation’s mental health, he said: “We have to bear in mind that it’s illegal to travel abroad for holidays [under current lockdown restrictions] anyway.

“We would expect people who are coming in from one of these red list countries to be able to cover the costs.”