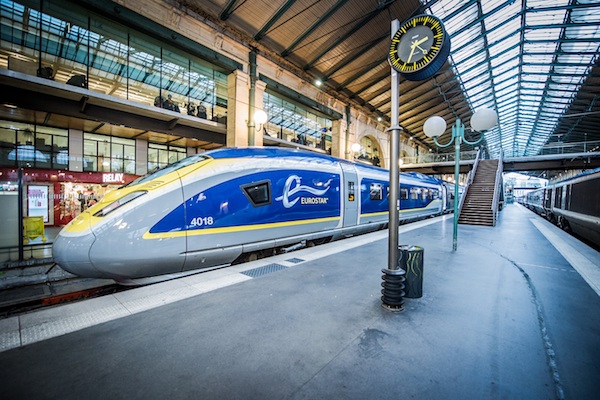 The UK government has no plans to bail out Eurostar despite the rail operator warning it’s in a “critical state” because the company is majority owned by the French state.

Transport secretary Grant Shapps made clear the UK government would resist calls to provide financial aid to Eurostar, although he said “we will look to be helpful”.

Eurostar warned in January that it is in a “very critical” state and could run out of cash by the summer.

Appearing before the Transport Select Committee of MPs, Shapps said: “Eurostar is a majority state-owned French company, with some Belgian and some French Canadian ownership.”

“We’ll look to be helpful but we don’t own the company. We sold our shares. It’s a French issue. Eurostar has SNCF, the French state railway, behind it.”

The UK government sold its 40% stake in Eurostar for £750 million in 2015, leaving the rail operator majority owned by SNCF with 55%.

The French government has made €200 million in emergency funding available, but French ministers argue the UK should play a part in providing additional funding.

Shapps told MPs: “I speak to my French counterpart regularly. We do look to help. We are keen for Eurostar to survive.”

Asked if the government would allow Eurostar “to go to the wall”, he said: “Everyone wants a Eurostar service [to remain] and I’m concerned about the jobs. But the tunnel would not disappear.”

He noted: “There are about 3,000 UK jobs including contractors.”

Shapps suggested the government could offer loan guarantees through UK export finance arrangements similar to those made available to British Airways, which received £2 billion, and easyJet which received £1.4 billion.

However, he insisted: “It’s not our company to rescue. If it was a British-owned company it would be ours to rescue. It’s not. It is majority owned by the French state.

“We’ll be as helpful as possible and we’ll make schemes available. We don’t want the service stopped [although] we are encouraging people not to use Eurostar at the moment. [But] if we don’t own the company, it is not ours to rescue.”

Shapps argued: “A solution will be found. I don’t think that link will cease to function. But it’s for the shareholders to solve. It’s not just any old shareholder – it’s the state.”

Pension fund Equitix, which jointly owns the High Speed 1 rail connection between London and the Channel tunnel, weighed in last month, when chief operating officer Siôn Jones declared: “Supporting Eurostar is an issue for both the UK and French governments.”

France vowed to “maintain this strategic link” in late January, with a transport minister promising support “based on our involvement in Eurostar”.

Eurotunnel revenue overall, including Eurostar, was down 27% year on year to €693 million.

The Getlink group, which changed its name from Eurotunnel in 2017, is due to publish full-year results and restate its cash position on February 25.