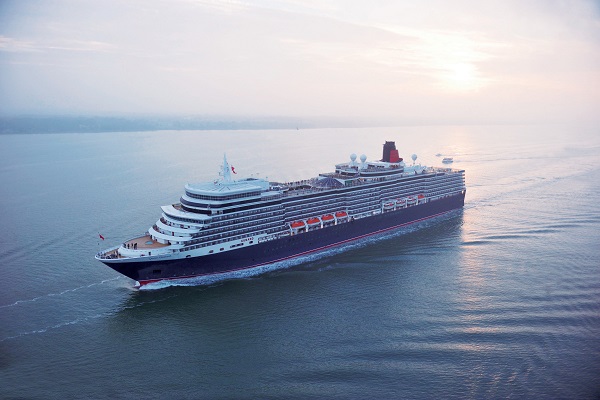 Cruise industry leaders believe the Global Travel Taskforce report sends “a signal of confidence” to the sector as it confirmed plans to “restart international cruises alongside the wider restart of international travel”.

That could be from May 17 at the earliest. The traffic light system will see destinations placed on green, amber and red lists according to their infection levels, vaccination progress, testing programmes and rates of variants of concerns.

Domestic cruising has already been given the green light to resume from May 17, in line with hospitality businesses in the UK. Many cruise lines have already pivoted to offer sailings in UK waters this summer.

Andy Harmer, Clia UK & Ireland director, pointed out how the Foreign Office continued to advise Britons against cruise ship travel and added the removal of this guidance is “a critical next step”.

“We now look forward to cruise being part of the opening up of international travel as part of the government’s roadmap,” he added.

A joint statement from Clia and the UK Chamber of Shipping said the two organisations welcomed the news, adding that cruise health measures now go “beyond any other travel sector”.

It said: “Today’s decision sends a signal of confidence in the industry and is a welcome boost to the thousands of people employed in the sector or whose livelihoods depend upon cruise, including travel agencies, hotels, tour guides, port operators and many other service providers up and down the country.”

“Last year the prime minister voiced his confidence that this great British industry would emerge after a period of reinvention, and today’s announcement is proof positive of the resilience and agility of our sector.”

The statement also added: “This announcement is the culmination of extensive collaboration between industry, government, health authorities and ports during the last 12 months to further strengthen health measures, which now go beyond any other travel sector.

“The industry’s protocols have already been tried and tested as almost 400,000 people have sailed on cruises since last summer elsewhere around the globe.

Harmer added that throughout the pandemic the sector had maintained a “steady focus” on prioritising the health and well-being of passengers, crew and the communities ships visited.

“As a result, the entire cruise experience has been redefined from the moment you book to your return home, while preserving what makes a cruise unique and special,” he said.

“The cruise line protocols have been at work in other markets since last summer protecting the health and safety of over 400,000 guests as well as crew and the communities visited by our ships.

“The cruise industry can now play its part in the national economic recovery, as evidenced by a summer of round Britain cruises.

“Our industry has always advocated a phased resumption, beginning with domestic sailings.”

Jo Rzymowska, Celebrity Cruises’ vice president and managing director, EMEA, praised the efforts of Clia for managing to get cruise included in the framework.

She said: “I am so pleased to see cruise included in the Global Travel Taskforce report.

“Thanks to all the hard work and collaboration of the Clia team, the resumption of international cruising alongside wider international holidays is a huge step forward for the cruise industry.

“We can’t wait to welcome international guests onboard all our ships again.”