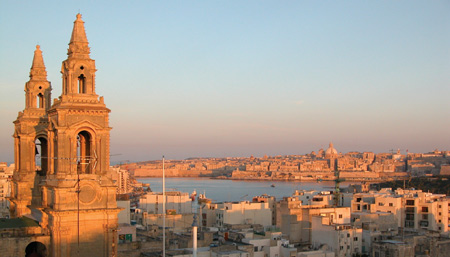 When hip-hop group the Black Eyed Peas declare Malta ‘a clubbers’ paradise’, you know the island has had a serious image makeover.

For far too long, travel agents have perceived this destination as ideal for older clients. But in case you haven’t noticed, something has changed – just ask the Peas’ Will.i.am who declared it a must-visit for clubbers after spending time in St Julians.

And, if you don’t believe us, ask the 50,000 teenagers and twentysomethings who head to the Isle of MTV Malta Special music festival each summer, or the dance addicts who make a beeline for Creamfields at the island’s largest outdoor club, Gianpula, each August. We bet they don’t even know their grandparents were regular visitors to Malta in the 1960s.

As Belleair sales and marketing manager Richard Gamber explains: “Once those younger people get out there and see places such as St George’s Bay, Qawra and Bugibba, they will realise there is so much to do. These places are young and hip and always have been, but that fact just wasn’t known outside of Malta.”

Gamber adds: “The Creamfields event has raised the profile of the island enormously with younger customers. We are getting many more enquiries from groups of young people who have heard about these events and now want to try Malta.”

Air Malta is seeing a similar rise in interest from younger markets.

General manager UK and Ireland Leslie Muscat says: “Events such as the Isle of MTV Malta Special and Creamfields help to put the island on the map among a different demographic, and this is certainly a growth market for us.

Muscat adds: “Air Malta is actively involved in helping to promote the island as more than just a package holiday destination. Our Malta Break Escape campaign aims to highlight our appeal as a year-round destination targeting the short-break and younger market.”

When to go: The event usually takes place during the second week of July.

What is it? Probably the biggest free music festival in Europe, it attracts some of the hippest names in the music business. Isle of MTVMalta Special 2009 was headlined by the Black Eyed Peas, with strong backing from Lady Gaga and YouTube phenomenon Esmee Denters (just signed to Justin Timberlake’s record label).

A massive 50,000 festival-goers turned up to rock in the sun, and the event is credited with opening up Malta to a new generation of holidaymakers, impressed by what they saw of the island.

Where to stay: The suburb of Floriana hosts the event, but advise your clients to stay in nearby Valletta, which has far more to do both before and after the gig.

When to go: Early July

What is it? The week comprises a series of events that lead up to the MTV gig. In summer 2009, matters kicked off with an event at the island’s largest outdoor club Gianpula (which hosts regular Friday night club events throughout the summer).

The set featured Ocean Drive, and the island’s top DJs Tony Tony, Pierre Cordina and JJoy. Former filmset Popeye Village played host to a hugely popular Roger Sanchez gig, and the Malta Chill-Out Beach Party at Golden Bay saw guests arriving by jet ski before settling down on the sand for some tunes.

Where to stay: Music Week happens across the island, so recommend staying in Bugibba where there is a great mix of clubs and bars and it won’t take them long to get to any of the above events.

When to go: August

What is it? Does your client know their techno from their house and their electro from their progressive? Creamfields Malta sees some of the world’s finest DJs take to the stage for a music marathon at Gianpula.

Tickets are harder to come by every year so make sure clients who are serious clubbers book ahead to avoid disappointment.

Where to stay: Gianpula is in Rabat, which is a neighbour of the stunning old city Mdina. Advise clients to book a tour around the city – a great way to chill out after the festival.

What is it? An utterly fabulous excuse to have a riotous time with fashion shows, DJs, musicians and drag acts lined up to entertain visitors once the march through Paceville completes its course.

Like Gay Pride events worldwide, the march and street party welcome anyone, gay or straight, to party their socks off through the night in Malta’s liveliest nightspot.

Where to stay: Anywhere in St Julians, which offers a good choice of hotels, from budget conscious to smart and stylish.

Olympic Holidays offers seven nights’ accommodation at the five-star Grand Hotel Excelsior, Valletta, starting at £495 per person, based on two sharing a deluxe room on a bed-and-breakfast basis. Flights depart between November 16 and December 16 with Air Malta. olympicholidays.com , 0800 093 3322