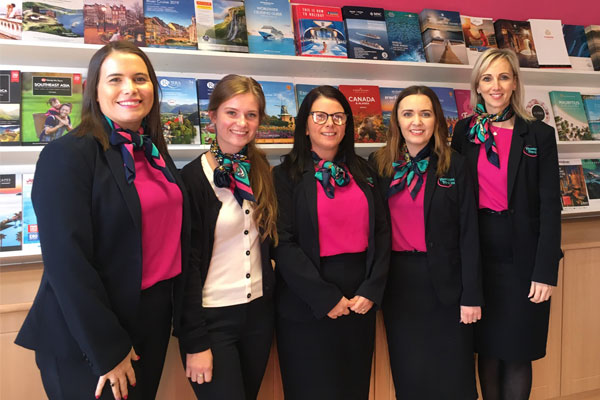 Just over a decade ago, Thompson Travel owner Sharon Fleming was at a crossroads.

Her father and mentor had died on a tour he was hosting in Israel and Sharon had to decide whether she wanted to run a business on her own.

She had plenty of experience having worked in the civil service and as an IT lecturer,  but she stuck with the agency, grew its in-house tour business and hasn’t looked back since.

Thompson Travel opened its first shop in 1992. Sharon’s father owned Thompson Fuels, which is still operating today across the road, as well as the strip of shops where Thompson is located in a residential area of Craigavon.

Having gone on holiday to Israel, he realised nobody was selling tours to the destination so ran some for friends. When these grew into larger groups he realised he needed a licence, which prompted the idea to set up an agency.

Sharon says: “I had a senior role in the civil service at the time. When my dad asked if I would consider working in travel I thought it would be much easier and more flexible with children. Of course it wasn’t, and I had the baby with me in the office!”

But she says it worked because Sharon brought her IT and management experience to the business. “I didn’t have the product knowledge,” she says. “So I studied the brochures. Within a year we had opened five shops.”

After her marriage ended and Sharon was juggling running a business with being a single mum, they went back down to one branch.

In 2008, Sharon’s dad died on his 32nd visit to Israel leading tours. “I was partners with my dad, so I thought ‘is this what I want to do?’ I had lost my mentor and my dad. I was on my own in a growing company.” But Sharon turned it into something positive. 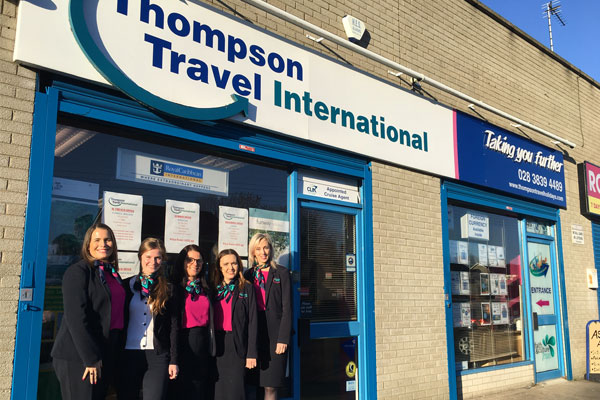 Pictured: Outside the shop in Craigavon, County Armagh

She applied for a Dragon’s Den-style competition run by her consortium Advantage, which she won in 2013. She received free expertise to come up with a business plan for the future.

“When my dad died my mum was left alone so this became very personal to me.

“I held a coffee morning for single people and 72 people came. About a quarter were former customers who used to book when they were in a couple.”

Tat is one of three brands Sharon has set up. The others are Faith Tours, Culture Tours and The Cruise Counter, which launched last year and allows customers to earn points and rewards.

Having carved out a niche in faith tours, Sharon is planning to sell these to other members of the trade in the next 18 months.

“We have been approached by agencies who want to take tour groups and we’re recommended by the Israeli tourist board, plus we have exclusive partnerships with ground handlers.

“In 25 years we understand how to organise tours for religious groups that want to travel and see different things.”

Sharon, like her father, hosts some of the tours as does Caroline McCavanagh, the agency’s groups co-ordinator. 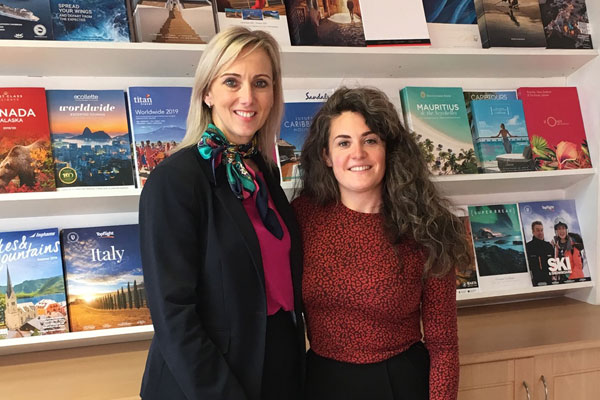 The day-to-day challenges at this agency are familiar – the barrage of emails and information that come through, being undercut by online pricing, and keeping up with changes to regulation.

Sharon says the most common question in January was about Brexit. “I don’t know if it’s a hindrance or if some are using it as an excuse not to travel.”

And the Northern Ireland backstop? Sharon is unphased. “If there’s a hard border then people will just need to allow an extra half hour to get to [Dublin] airport.”

History looks as if it will repeat itself with Sharon’s son, Jason, now a part of the business.

After helping out part time, Jason has joined full-time managing marketing, finance and some selling on the front desk.

Sharon says the plan is to take a step back and let Jason take on more responsibilities while she focuses on the Faith Tours.

“He has new ideas the way I did when my dad was here,” she says. So it looks as if Thomson Travel will come full circle.

How long have you worked in travel?

I’ve been with Thompson for six years. Before that I worked in corporate travel here and the US.

Biggest challenge to date?
The terror attack in Turkey a couple of years ago and the September 11 attacks.

How long have you worked in travel?

I’ve been an agent for 21 years. I worked at another agency, Terra Travel, and in corporate travel. I’ve been with Thompson two years in April.

Most unusual request?
A man asked me to arrange a surprise wedding for his wife in Cyprus.

How long have you worked here?

Strangest request?
It was a response from an airline. I requested an extra bag on a flight to Africa but was told the only additional baggage allowed was a flatscreen TV!

When did you join?

October last year, straight from school where I studied travel and tourism. My family book with Thompson.

Best thing about the job so far?
I love researching different places, especially places I’ve never heard of before. 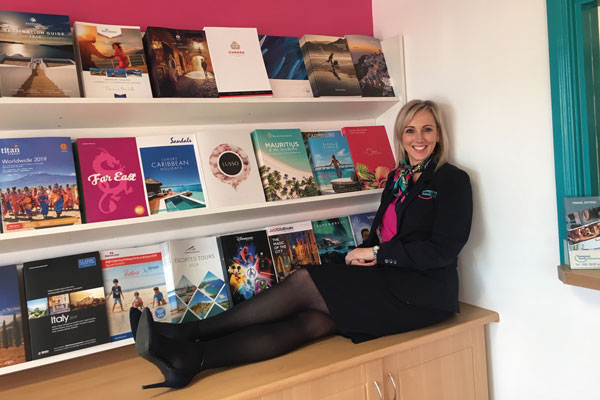 Every agent was busy with a customer when I arrived on sunny a weekday morning in January at Thompson Travel.

If Brexit was hitting sales back then, you would have a hard time believing that was the case here.

Despite not being in the town centre, the shop benefits from being near a major hospital and residential area, plus it has free parking outside.

After the morning rush, staff had a reprieve to get on with finalising bookings and answer calls.

The shop is bright pink and turquoise, the same colours as the staff uniforms, and a brochure rack fills the main wall on one side where Sharon posed for our photo.

There’s a foreign exchange booth and a seating area near the entrance, which has pamphlets promoting its in-house brands.

When I arrive, owner Sharon, who is still on the frontline, is with a customer. Afterwards, we sit down with a cuppa and she tells me her “life story”, as she puts it!