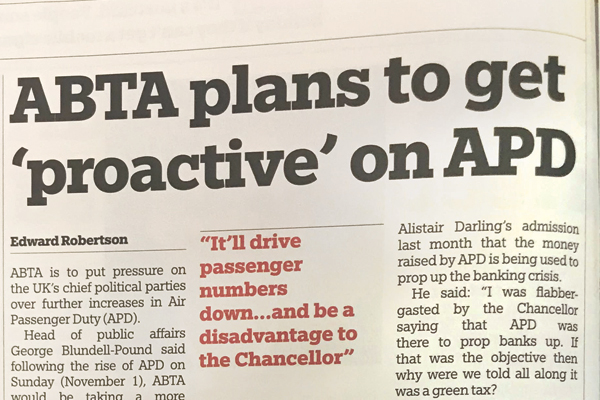 • Virgin Holidays sales director Stewart Baird announced his departure and said he would be stepping down from Abta’s board to join venture capital fund Bridges Ventures.

• Cosmos Holidays changed its booking conditions to require customers to pay 12 weeks in advance instead of eight in a change for its 2010 second-edition brochures, while Tui said it was considering a similar move. 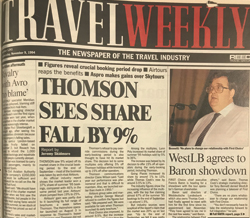 • Thomson lost nine percentage points of its market share in the crucial booking period to the end of September, with most of its loss being taken by arch-rival Airtours. The market leader won a 37% share of summer 1995 bookings, compared with 46% in the same period last year, according to an official industry report. Airtours’ share jumped from 19% to 25%. 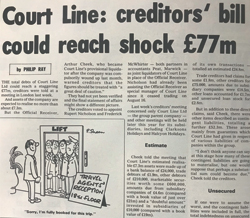 • A row broke out between Thomson and British Airways at Abta’s two-day London conference. Thomson Travel chief executive Bryan Llewellyn feared an uncontrolled supply of air seats, mostly in the hands of the state, would bring about a government monopoly of the civil aviation and holiday business – a view rebuffed by BA’s Gerry Draper.

• Also at the conference, it was revealed airline capacity was expected to exceed demand in the European inclusive tour market in 1975 by 50% or more. The prediction was made by CAA member Ray Colegate.

• Meanwhile, a suggestion that operators charge for brochures was overwhelmingly defeated at the forum.

• In separate news, creditors were told the total debts of failed Court Line could reach £77 million, with company assets expected to realise only £7.3 million.