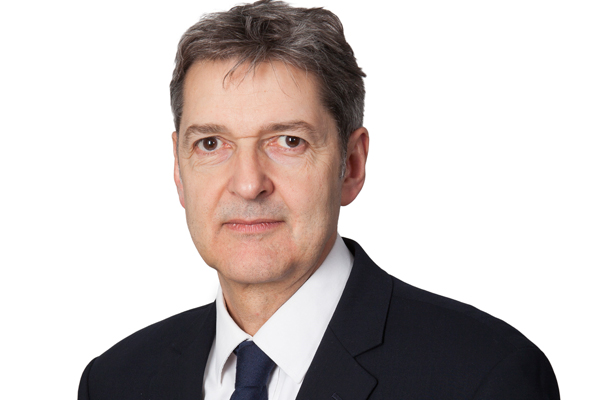 It is 11 weeks since the Foreign Office advised against all but essential travel, signalling wholesale cancellation of outbound holidays.

In normal times, the obligation to refund consumers within 14 days of cancellation of a package holiday is perfectly reasonable. Companies should not be trading if they are not in a position to do it.

But with millions of cancellations at once, the 14-day obligation is near impossible to fulfil – and not because businesses are doing scandalous things with consumers’ money.

It’s clear the government is not going to relax the Package Travel Regulations (PTRs) requirement to refund within 14 days despite it being a dead letter. But why not clarify the insolvency protection of Refund Credit Notes, at least?

The Sun stuck its head out on Sunday (May 31) and, under the headline ‘NO WORRIES ATOL’, forecast confirmation of protection is coming at last.

It confidently reported: “The government is this week due to confirm travel companies’ alternatives to cash refunds for cancelled holidays will be protected.

“The Department for Transport is expected to announce that credit notes or vouchers given by airlines and tour operators and travel agents will be covered by the Atol scheme.”

Confirmation that airline vouchers “will be covered by the Atol scheme” is the last thing the DfT will issue.

But what about confirmation of insolvency protection for refund credit notes issued for Atol bookings?

My information is it won’t happen this week, despite CAA confirmation and guidance on this long since having been drafted.

To quote an informed source on the government’s attitude: “It’s week 11. Their thinking is ‘This isn’t needed. Leave it in the long grass’.”

We got a glimpse of government thinking when aviation minister Kelly Tolhurst appeared before the Transport Select Committee of MPs last month, and frankly it was pretty jumbled.

Tolhurst had a chance to clarify matters when asked by Simon Jupp MP: “Can you confirm the vouchers people have received instead of a refund are protected should the company go out of business?”

The question was poorly phrased, since ‘vouchers’ are explicitly excluded from Atol protection by the Atol Regulations. But it was a pertinent question to anyone in the know.

Helpfully, Tolhurst explained the distinction between the Package Travel Regulations (PTRs) “which are for holidays” and Regulation 261 “which is just [for] airline refunds”, explaining: “It’s the PTRs where there is Atol support.”

Then she said: “So it is true that, depending on the contract between the customer and the operator, though one of the [industry] asks has been around vouchers being underwritten rather than refunds.

“That is something we’re working on at pace. We’re trying to work with HMT [Treasury] to get to a sort of outcome, a policy outcome on that.”

At that point, the committee ran out of time, with no response from CAA chief executive Richard Moriarty who appeared alongside Tolhurst – and who might have confirmed that Abta’s guidance on refund credit notes was drawn up with the CAA.

A source attributed Tolhurst’s remark that protection depends on the contract to being “terrified of someone thinking she confirmed flight-only is protected”.

Asked about delays in airlines paying refunds, Tolhurst said: “We’re clear customers are entitled to refunds. [But] we’re trying to take a pragmatic view. This legislation was not designed for a situation like this.”

That neatly summarises the view that Abta has expressed to the government for the past 11 weeks.

The point, of course, is that refund credit notes should be protected under the existing Atol rules so long as issued in line with Abta guidance.

We know the Abta guidance was drawn up with the CAA because Abta chief executive Mark Tanzer confirmed this when he appeared before the same committee on May 6.

Tanzer told the MPs: “We issued guidance on the issue of refund credit notes that have an expiry date and are financially protected so customers will still get their money back if a company fails.

“We had many conversations with the CAA and arrived at the conclusion that the refund credit notes are protected by Atol.”

It is not the only time the government or officials have blinked on the issue. They also did so in mid-May after Travel Weekly reported apparent official confirmation that refund credit notes are protected.

This appeared in a ‘Business Companion Coronavirus Bulletin’ on travel, issued by BEIS and the Chartered Trading Standards Institute (CTSI) on May 7.

It acknowledged the PTRs “still apply” to cancelled holidays and “a full refund or re-booking should be offered” to consumers. But it also noted “the strict application of legislation may not be appropriate” and “a credit note . . . will be financially protected”.

A minor storm broke out when Travel Weekly drew attention to this on May 13. Within hours, BEIS had the text changed to say refund credit notes “may be financially protected”.

This was greeted by some delight in the consumer media and, it must be said, some in the trade.

The correction to the bulletin states: “For the removal of doubt the government position regarding credit refunds is unaltered.”

This is curious because the government has not stated its position on refund credits. But it allows they may be protected, which is different to stating they are not.

The bulletin still notes the Competition and Markets Authority (CMA) advice “that credits, re-booking or re-scheduling may be offered as an alternative to a refund”.

The irony is that a government committed to Brexit-ing the EU remains so committed to an EU regulation when the European Commission has clearly endorsed the issue of credit notes or vouchers in place of cash refunds.

On May 13, the EC issued a series of recommendations, urging governments to guarantee financial protection against insolvency for refund credit notes and vouchers and consumer organisations to support their use.

The EC noted: “Cancellations entailed by the Covid-19 pandemic have led to an unsustainable cash-flow situation.

“The liquidity problems of organisers are exacerbated by the fact that they have to reimburse the full price of the package while they do not themselves receive reimbursement of prepaid services.”

It warned: “If organisers or carriers become insolvent, there is a risk many travellers and passengers would not receive any refund.”

The EC therefore urged that vouchers issued “as an alternative to reimbursement” be protected against insolvency, be “subject to voluntary acceptance”, have a minimum validity of 12 months and be “automatically reimbursed at the latest 14 days after the end of validity if not redeemed”.

It also urged: “Consumer and passenger organisations should encourage travellers and passengers to accept vouchers that present the characteristics and insolvency protection described . . . [and] national enforcement bodies cooperate towards implementation.”

The reality is the government could easily provide clarity, but would rather not. Ministers prefer the long grass.

Two months ago, on April 2, Travel Weekly noted: “Abta, with the CAA, has been urging the DfT and BEIS to act on refunds. It wants BEIS to allow refund credit notes to replace cash refunds temporarily and the DfT to confirm the delayed refunds are protected should businesses go bust.

“An industry source said: ‘They [officials] get this will deliver refunds more quickly to people, but are worried about how to explain it to consumers.’”

Travel Weekly warned: “The reality may be agents and operators must accept Abta guidance without government confirmation. People may have to muddle through.”

The position has not changed.