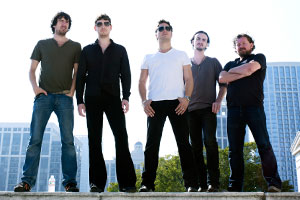 The ‘Jump into Ireland’ marketing push across 22 countries will include radio, newspaper, cinema and online advertising and reach an estimated audience of 60 million potential visitors worldwide.

It is part of a wider plan to build on a return to growth in overseas tourism this year with the aim of attracting more than 9 million visitors to the island of Ireland by 2015 – exceeding the record year for tourism of 2007.

Visitor numbers are estimated to rise by 7% to 7.4 million this year and the Tourism Ireland marketing plan aims to increase that to 7.8 million in 2012, said tourism and transport minister Leo Varadkar.

Tourism Ireland chief executive Niall Gibbons said: “It is important to remember that people around the world still want to take holidays.

“The key trend is that people are continuing to travel but taking shorter trips, staying closer to home and being careful with their money, as value for money remains an important consideration when making holiday plans.

“We believe that the island of Ireland is well positioned to take advantage of this trend.”

The tourist board aims to continue to work to counter negative perceptions of value for money throughout 2012.