The first lockdown was the worst time in my career, but at least this time round we know what to expect, says Hays Travel Washington branch manager Colin Burns

What was your first thought when Boris said ‘work from home’ for the second time? Fear? Uncertainty? Anger? Probably a bit of each…

Me? I went straight to the shed for a tin of WD-40. Why? Because if I was going to be spinning round on my home office (spare room) chair again, I needed to make sure it wasn’t going to squeak!

Memories of April and May came tumbling back: the confusion, the massive workload, the concern over the future – all returned to the front of my mind with a mighty blow.

However, a little spray of oil, and an hour or so to think, and I began to feel better. After all, we all learnt an awful lot in that first lockdown.

Worst time of my career

Looking back, I remember spinning in that chair thinking ‘what on earth is going on?’, as my computer pinged every couple of minutes with updates from suppliers and different processes from head office.

We were all working a bit blind. Customers were calling in their hundreds, rightly worried about their holidays, and we didn’t have accurate information to give them. This was by far the worst time of my career, but we learnt a lot.

For me the worst part was the uncertainty, not just for my own future but for how I could do my job properly. A customer would call and ask what was going to happen to their holiday; I would answer, only to find, an hour later, the policy had changed and the reassurance I’d given them suddenly felt false. As a customer-service person, having to go back and tell customers things had changed was really difficult.

“Customers were calling in their hundreds, rightly worried about their holidays, and we didn’t have accurate information to give them.”

For many of us, that feeling of being alone – abandoned to get on with things without the support of our teams around us – was awful. Efforts to overcome this using online video meetings and instant chat were new to most of us and, though they helped, could never replace what we had in branch.

This time round, at least we know what to expect from our trade partners, even if we’ve given up predicting what the pandemic will throw at us next. Suppliers appear to have settled into procedures built on the lessons of the spring. Some are better than others, but in the main they are simple to follow and enable us to give customers reassurances with a degree of certainty.

Within Hays Travel, the need for instant support has been recognised and, while we still use video meetings, we now have a system of ‘branch buddies’: a group of three or four shops there to support one another. If I have a question, I can go to them as they may have come across the query before. For some of the team, this also means no fear of looking silly asking a question in front of a large group.

“While we still use video meetings, we now have a system of ‘branch buddies’: a group of three or four shops there to support one another.”

In the spring, the workload was at times unmanageable and I drafted in help from other branches as we had a whole summer of bookings to handle. This time, we are managing to handle them among my team – this in itself is a massive reassurance for customers.

We’re still in dark times, but with the recent announcement of an effective vaccine, dare we think of the return of better days?

Maybe I can leave the WD-40 in the shed for the foreseeable future. 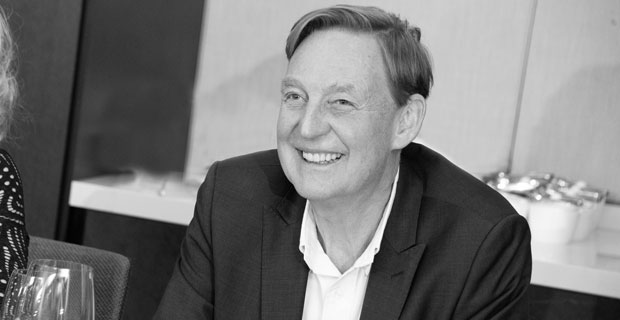 John Hays was an inspirational leader

We will all have our own memories of John Hays and this is mine. Back in 2012, when I joined Hays Travel, I had been ready to give up on the industry I had loved since 1982. From day one at Hays Travel, it was obvious that it was a business being led by a man who had a passion for travel, especially the high street. I was bitten by the travel bug all over again.

Not only did I get my enthusiasm for the job back, but John’s principles of putting people and their development first gave me back the confidence to do the job to the best of my ability. For this, I will be eternally grateful to an inspirational leader and gentleman.