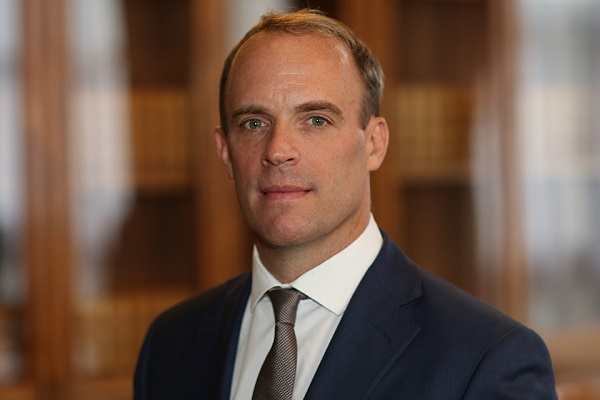 It is too early for people to book summer holidays abroad, the foreign secretary has warned.

Dominic Raab said it was “very difficult to plan” for trips abroad as the government closed all UK travel corridors – enabling arrivals from some countries to sidestep quarantine – early today (Monday) in an attempt to combat the spread of new Covid-19 variants.

Travellers arriving in the UK, whether by boat, train or aircraft, also have to show proof of a negative Covid-19 test to be allowed entry.

The test must be taken in the 72 hours before travelling and anyone arriving without one faces a fine of up to £500.

All passengers will still be required to quarantine for up to 10 days, with the isolation period reduced with a negative test after five days.

When asked about booking summer holidays, Raab told LBC Radio: “I think at the moment it’s too early, I think you have to follow the guidance that we’re putting out.

“The rules now are very clear that people shouldn’t be travelling domestically, or certainly internationally, unless there are very exceptional reasons. I’m afraid until we’re in a position to give the reassurance, I think it’s very difficult to plan.”

He told the BBC’S Andrew Marr Show on Sunday that Public Health England would be stepping up checks on travellers who must self-isolate.

He said enforcement checks at borders would also be “ramped up” and added that asking all arrivals to self-isolate in hotels was a “potential measure” the government was keeping under review.

“We will consider all the measures in the round,” Raab added.

“In terms of enforcement, we are going to be strengthening the checks at the border – so when people come in [we] make sure that they have filled out the passenger location form, that they have got that negative test that they have to vouch for before they get on the flight.

“Also, because the effect of abolishing or suspending the travel corridors is that people go into quarantine and self-isolation for ten days, we’re making sure that Public Health England checks to make sure people are adhering to those rules.

“As well as changing the rules, we are also making sure that we beef up the capacity to make those checks.”

He told Sky News: “I think right now people should be staying at home unless it is absolutely necessary, so they shouldn’t be going on holiday. I don’t think that is appropriate.

“Any travel, domestic or otherwise, ought to be for the limited exceptions that have been spelt out.

“We’ve got this narrow period where the NHS is on the cusp, we’ve got to protect it and we’ve got the light at the end of the tunnel with the vaccine rollout.

“We’ve just got to stay at home as much as possible unless there are really strong, limited exceptional reasons for travelling domestically or internationally, and that’s the way we get through to a better place.”