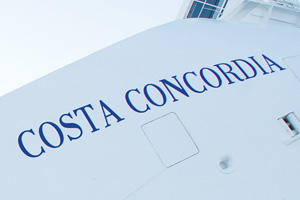 A sophisticated system of smuggling cocaine from Latin America and the Caribbean to Europe via cruise ships is reported to have been uncovered by Italian investigators.

Costa Concordia, which capsized killing 32 passengers, was said to have been used by the mafia to smuggle large amounts of the drug, the Times reported.

Police stumbled on the smuggling operation during an investigation into the ’Ndrangheta mafia that led to 20 arrests.

In one overheard conversation, two mafia members discussed “the ship that made us look ridiculous all around the world”.

Prosecutors said there was no doubt that the men “were referring to the Costa Concordia and the shipwreck of January 13, 2012”, court documents cited by La Repubblica stated.

Police monitoring internet chat recorded them discussing a large quantity of cocaine they believe was destined for Costa Concordia.

The organisation has relied on Spanish ports to bring cocaine into Europe, as well as the Italian port of Gioia Tauro in the mafia branch’s home region of Calabria.

It is believed that cruise ships have become a useful conduit, with drugs either smuggled on board with supplies or taken by couriers posing as passengers.

It was not clear whether cocaine was being transported on Costa Concordia on the night it hit rocks off the island of Giglio, nor have authorities reported finding drugs as they searched the ship for bodies. The ship is being broken up after being towed last year to the port of Genoa.

Five staff with Norwegian Cruise Line were arrested in Florida this month after allegedly smuggling 5kg of cocaine from Honduras in their spandex underwear aboard the Norwegian Sun, the newspaper reported.

Customs officials in Argentina seized cocaine worth more than $1 million from two crew members who allegedly attempted to board Royal Caribbean International’s Splendour of the Seas with the drug taped to their bodies.