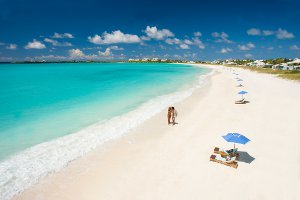 Cruise ships carrying more than 25,000 passengers have been forced to divert in the face of strengthening Hurricane Joaquin across the Bahamas.

Royal Caribbean International was reported to be monitoring the situation but had so far not made any changes to itineraries, USA Today reported.

Missed calls include those cruise lines’ private islands in the Bahamas.

Joaquin was about 75 miles south of San Salvador, Bahamas last night, moving to the west-southwest at five miles per hour.

The hurricane had maximum sustained winds of 130 miles per hour, up significantly from Wednesday.

Joaquin was described by the US National Hurricane Center as being “extremely dangerous” having been upgraded to a category 4 hurricane out of a scale of 5.

Hurricane conditions were forecast to continue over the central Bahamas through to early today local time, with the US east coast put on flood alert.

The Foreign and Commonwealth Office warned that Hurricane Joaquin “may bring hazardous sea and weather conditions to parts of the east coast from around October 3.

British travellers were advised to monitor updates from the US National Hurricane Centre and follow the advice of the local authorities.

States of emergency were declared in New Jersey, Virginia, Maryland and North and South Carolina.

In its latest update, the US National Weather Service said: “Many portions of the eastern U.S. are currently experiencing heavy rains and gusty winds associated with a frontal system.

“These heavy rains are likely to continue for the next few days, even if the center of Joaquin stays offshore.

“The resulting inland flood potential could complicate preparations for Joaquin should it head toward the coast, and even more substantial inland flooding is possible.”