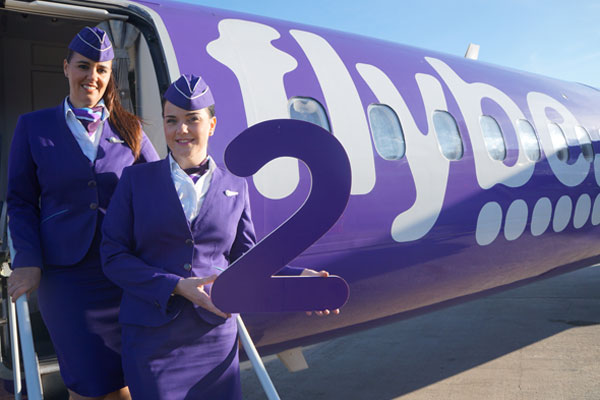 Disruption to national rail services from the havoc wreaked by Storm Angus led to a 77% spike in last minute sales for Flybe flights this week.

Travellers affected by train disruption scrambled for seats on the airline’s routes from Cardiff and Exeter to London City airport, and Newquay to Gatwick.

This came as heavy flooding damaged and blocked railway lines causing many cancellations particularly for those travelling between Cardiff, Exeter, Newquay and London.

Daily flights between Exeter and London City, and multiple services from Newquay to Gatwick also saw additional demand with flights full to capacity as south-west travellers sought ways to avoid delays on the damaged London to Penzance rail line at Exeter.

Flybe chief revenue officer Vincent Hodder said: “The additional demand for our services during times of road, rail and ferry chaos indicates the vital role that we play in keeping communities connected.

“With travel disruption forecast through planned engineering works already announced over the upcoming festive season, those looking to take to the skies should book now to take advantage of the lowest possible fares during this busy time to avoid getting caught out.”