Get up to speed with the reopening of domestic travel as hotels, attractions and tours restart, writes Laura French

It’s a big week in the easing of lockdown, and from finally being able to enter a pub to that inimitable feeling of being able to step on a plane, there’s rather a lot to get excited about.

But with the green list looking more limited than hoped, clients might have set their sights on booking a UK break. From commissionable attractions to coastal hotels, domestic cruises to country-wide coach tours, May 17 heralded the start of a jam-packed spring and summer. And with indoor attractions, museums, cinemas, restaurants and some theatres now open, you can capitalise on all of them.

To find out more we’ve spoken to UK experts to glean insights into just how well the domestic market is doing right now across hotels, tours and attractions.

“Agents are now producing over 40% of all our bookings, and we’re seeing demand for city breaks as well as for the Lake District, Cornwall, Scotland and the south coast. Our current top-selling hotel is the four-star Hotel Brooklyn in Manchester, which is offering excellent deals.

“I think cities will offer amazing value through the summer as the inbound and corporate markets are much slower, so hotels will need more of the UK leisure market.

“My top tip would be to make sure your customers know you’re selling short breaks in the UK by talking to them and sharing offers and messaging on social media. There are lots of great deals on.”

“There is undoubtedly pent-up demand and we have seen a lot of interest in our smaller, more-boutique hotels as well as properties with larger public areas, such as Oatlands Park Hotel in Surrey and the boutique spa retreat Sopwell House in St Albans.

“I would suggest looking at some of our new openings”

“For clients seeking to book, I would suggest looking at some of our new openings, many of which still have good availability. They include The Guardsman, Middle Eight and The Londoner, all in prime spots across London, and Haycock Manor, a chic retreat opening in June in Cambridgeshire.

“In terms of trends, we’re seeing demand for countryside and coastal hotels, and for smaller cities such as York, with bookings being confirmed either very last-minute – often within a week of departure – or far ahead into next year.”

“Everything we are seeing suggests it’s going to be a year like no other for the domestic holiday industry. Bookings for the year ahead are up 269% on this time in 2020, and trade bookings for October are up 172%. Demand means some prices have risen for popular locations and key booking periods, but that’s not the case across the board.

There are still plenty of properties available in central areas of the UK, so agents would do well not to focus on the typically popular destinations.”

“Following the roadmap announcement in February, we saw a spike in sales which led to two record sales days. Sales over the past six weeks have been the equivalent of pre-pandemic peaks.

“Self-drive breaks are as popular as ever and clients are booking these late – mainly within 12 weeks of departure. For coach breaks, our most popular month is July, with June a close second. Most of our May tours are now sold out with only limited space available.

“In terms of destinations, coastal towns have been the most popular, especially on the southwest coast, where St Ives and Tours St Mawes have pretty much sold out. Since Scotland and Wales announced their roadmaps, we have also seen an increase in sales to Llandudno, Tenby, Pitlochry and Loch Lomond.” 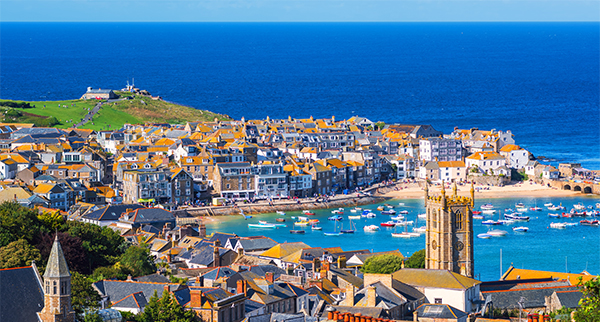 “Just Go! Holidays and National Holidays restarted on May 17, with traditional seaside resorts in the top-10 destinations on offer every week for this summer. Scarborough, Torquay, Blackpool and Bournemouth are currently up 41% for departures between May and October, compared to 2019.

“Our Devon tours are close to being sold out for summer and the Isle of Wight is hugely popular. In addition, our Northumberland tours were full, so we’ve added departures in June and July. Our theme park and Harry Potter studio tour breaks are also selling well.

“New products for 2021 include trips to see Mamma Mia! live at Harewood House this August, breaks on the Flying Scotsman train on its first journey along the Mid-Norfolk Railway, and our new Halloween Ghost Train breaks, which are ideal for families.”

“There is availability on our departures in May and June – this becomes much more limited as we head into July and August, but there are still pockets.

“Our most popular products have been self-guided holidays (up 22%), island-hopping (with an increase of over 50%) and guided walking trips. Dorset, Cornwall, the Isle of Wight and popular walking destinations such as the Lake District and Yorkshire Dales are selling especially well.”

Rabbie’s has launched a one-day Whiskies & Gins of East Lothian tour from Edinburgh, from £42, and a North East Coastal Trail from Aberdeen, taking in one of the castles that inspired Dracula, from £46. rabbies.com

Shearings has introduced a range of eight-day self-drive holidays, featuring 18 hotels in popular spots such as Devon, Cornwall, the Isle of Wight, Wales and Scotland, priced from £317 (half-board). The operator has also launched a Bridgerton-themed tour taking in filming locations such as Chatham Dockyard and Hatfield House, from £359 (half-board).
shearings.com

HF Holidays has a series of new Tread Lightly trips, designed to minimise carbon footprint by removing the need for road transfers, in the Lake District, Peak District, Isle of Wight, Cotswolds and Yorkshire. A three-night guided walking holiday in Shropshire starts at £289 (full-board).
hfholidays.co.uk

“There has been massive interest in attractions both in the capital and the rest of the UK and now is the perfect time to sell commissionable tickets, with indoor attractions such as Madame Tussauds having reopened on May 17.

“Merlin Entertainments attractions [which include Alton Towers, the London Eye, Madame Tussauds, Warwick Castle and Blackpool Tower] are seeing a huge surge in bookings from the UK trade compared to previous years as we move into the new normal.

“The guest experience has been greatly improved due to shorter waiting times and parks being far less crowded thanks to reduced capacity. Many attractions have introduced a peak/non-peak pricing structure, so if your customers are flexible on dates, recommend a midweek option rather than a weekend for a better deal.” 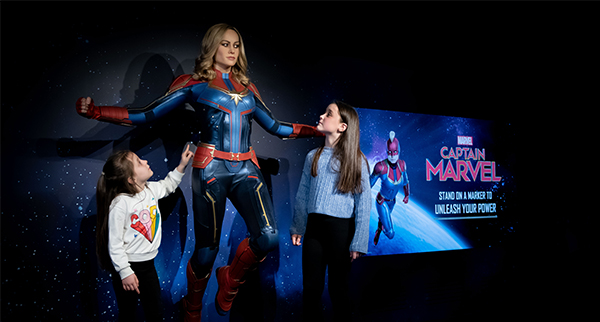 “Our most popular attractions right now include the London Eye, Edinburgh Castle, Belfast Titanic Experience and the ever-popular Harry Potter studio tour. Most attractions have reduced capacity and many do not accept walk-ins, so it’s the perfect time to sell an attraction in advance as an add-on and earn commission on it. We can package up pretty much any attraction with a UK break.

“We’re seeing rising demand for city breaks, including theatre breaks – more so for later in the year, such as at Christmas. London, Edinburgh and York are all becoming increasingly popular again with the reopening of bars, restaurants and attractions, and cities are likely to be less crowded in summer as many head to the coast instead.”

“After the challenging year faced by everyone, we are grateful and relieved to see the theatre industry starting to reopen. There are many new and exciting shows arriving this year, including Moulin Rouge and Disney’s Frozen, to complement the fantastic hotels, restaurants, attractions and heritage that London has to offer.

“At Wicked and The Prince of Egypt, we work closely with a number of partners that make purchasing tickets extremely easy for travel agents. Just Go’s packages are perfect for those wanting a coach break; Great Little Breaks packages hotels and shows into short breaks; and Do Something Different, Hotelbeds and Attraction World sell standalone tickets, giving you flexibility to package in other elements too.”

A new theme park, 11Arches Park – created by the producers of acclaimed show Kynren, an Epic Tale of England – is set to open in County Durham in August. Visitors can expect live-action shows, immersive attractions and a themed Viking Village among the child-friendly features.
11arches.com

Vox Group, operator of Vox City Walks in Rome, Venice, Florence and beyond, is introducing tours in London from May 28. There are three guided walks, with a hop-on hop-off concept that allows clients to take part in different sections of each tour. Walkers can choose from 24, 48 or 72-hour access, with prices from £25, commissionable to agents. Vox Group is led by John Boulding, former chief executive of Insight Vacations.
voxtours.com

Clients keen to see the British Isles from a fresh angle? Here’s who’s sailing and when:

May: MSC is offering three and four-night mini-cruises on Virtuosa from Southampton, plus longer sailings with ports of call. Viking’s new ship Viking Venus will embark on a seven-night cruise on May 22.

August: Hurtigruten will sail two British Isles itineraries, while Virgin Voyages will run a series of three and four-night sailings on Scarlet Lady.

Catch up with Travel Weekly’s Facebook Live event on board MSC Virtuosa on May 20 for the first look at the new ship on its maiden sailing around the UK. You can find it here: facebook.com/travelweeklyuk

Five of the best Shakespeare stays

The best new tours to book in the UK, Italy and Spain

The best active breaks across the UK