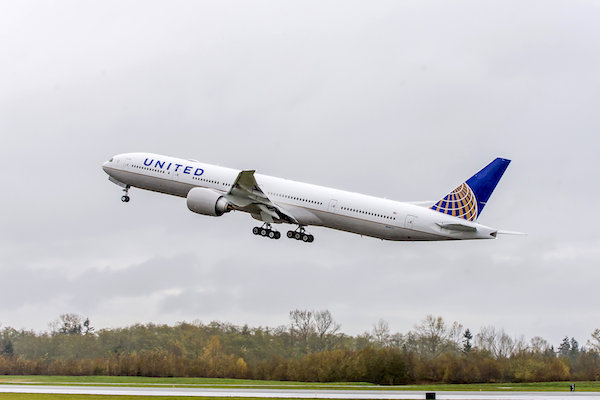 United Airlines will temporarily stop flying 24 of its Boeing 777 after one of its jets suffered engine failure in the US on Saturday (February 20).

The plane was forced to return to Denver airport and debris from the jet fell over a nearby residential area. There are no reported injuries.

The airline said in a statement: “We are voluntarily & temporarily removing 24 Boeing 777 aircraft powered by Pratt & Whitney 4000 series engines from our schedule.

“We will continue to work closely with regulators to determine any additional steps and expect only a small number of customers to be inconvenienced.”

Flight UA328 from Denver to Honolulu experienced an engine failure shortly after departure and returned safely to Denver.

Grant Shapps, the UK transport secretary, announced on Twitter on Monday afternoon that aircraft with the Pratt & Whitney 4000-112 series  will not be able to enter UK airspace.

He said: “After issues this weekend, Boeing B777s with Pratt & Whitney 4000-112 series engines will be temporarily banned from entering the UK airspace. I will continue to work closely with the @UK_CAA to monitor the situation.”

Aircraft manufacturer Boeing is now urging airlines around the world to suspend flights with the aircraft concerned while investigations take place.

It said: “We recommended suspending operations of the 69 in-service and 59 in-storage 777s powered by Pratt & Whitney 4000-112 engines until the FAA (Federal Aviation Administration) identifies the appropriate inspection protocol.”

In response to the incident, Japan has asked all airlines using Boeing 777s with the same Pratt & Whitney 4000 engine to avoid its airspace.

Boeing said it supports the decision by the Japan Civil Aviation Bureau.

The FAA said: “The inspection interval should be stepped up for the hollow fan blades that are unique to this model of engine, used solely on Boeing 777 airplanes.”