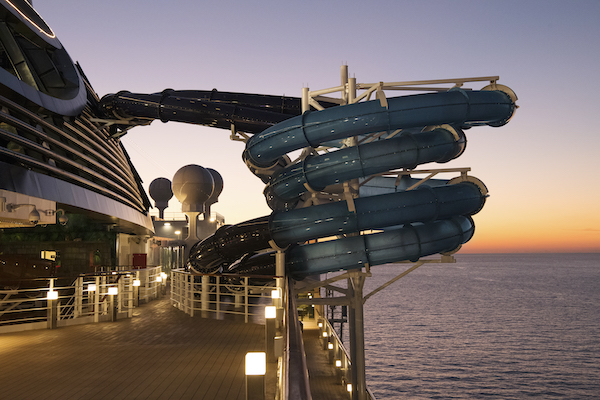 MSC Cruises’ MSC Seaside will be deployed for the first time in Europe since its launch in 2017, joining the company’s flagship MSC Grandiosa in the Mediterranean from May 1.

The announcement about MSC Seaside came as the cruise line cancelled further sailings in the Med and Caribbean as travel restrictions remain in place.

The seven-night MSC Seaside cruises will visit Genoa, Valetta in Malta and Civitavecchia, along with two first-time ports of call: Siracusa in Sicily and Taranto in Puglia.

MSC Grandiosa’s current itinerary will be extended through to the end of May with the ship calling at the Italian ports of Genoa, Civitavecchia, Naples, Palermo as well as Valetta in Malta.

MSC Seaside and MSC Grandiosa itineraries are currently available to residents from Schengen countries and Bulgaria, Croatia, and Romania.

Meanwhile, MSC Cruises is cancelling all other itineraries in the western Mediterranean for April and May “as a result of the delay in the return to availability of certain ports across Europe”.

It said western Med cruises will resume from June as planned.

Eastern Mediterranean cruises are cancelled for April, with cruises resuming from May as planned.

In northern Europe, all itineraries are cancelled in April.

Four sailings on MSC Magnifica are not included in this cancellation for UK and Irish guests as a separate announcement will follow for them. They are cruises departing from Southampton on May 14, May 16, May 28 and May 31.

Furthermore, all Caribbean itineraries are cancelled through to May 31.

The cruise line said passengers affected by these changes will be able to rebook on another cruise.