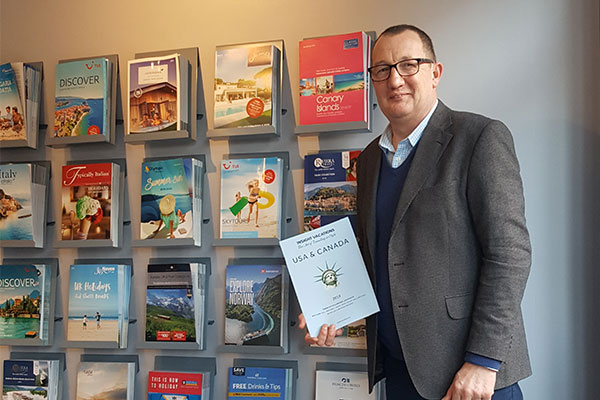 The battle by a travel agent in Macclesfield to get the government to change its messaging on booking holidays has reached senior ministers.

Henbury Travel owner Richard Slater (pictured) said agents were “starting to feel like 1980s miners” in a letter to his local MP, David Rutley, to highlight the damage of the government’s public statements that it is “illegal to travel currently” and “too soon to book” a holiday.

Slater’s key message is that while it is illegal to travel currently, it is not illegal to book a holiday.

More: Comment: Ministers should be clear and careful with their words

His letter also stressed that responsible agents would not book holidays for now, but for later in the year onwards, and abide by Package Travel Regulations to ensure their clients’ money is financially protected.

His strongly-worded letter has now been forwarded by his MP to transport secretary Grant Shapps and health secretary Matt Hancock.

“The benefit of booking a holiday right now for later dates must be a saving of millions of pounds for the NHS mental health departments.”

Slater also said it was “about time” a travel agent asked the prime minister a question at one of the government’s Covid-19 briefings.

He added: “They have put my name forward to ask a question. As agents we understand the need to be locked down. Our focus is that there is no reason not to book a holiday for later in the year or for 2022. I want to focus on the positives.”

If travel is not to be allowed longer term, Slater reiterated Abta’s stance that the sector needed specific support packages for agents. He also continued his calls for an outbound tourism minister to help the government understand how travel agency businesses operate, and the skill levels within the sector.

The industry contributes £80 billion to the UK economy in normal times and supports close to one million jobs, he told ministers.

“There are a lot of talented people, many with excellent communication and administration skills, which I guess the government would know about if they had an outbound tourism minister,” added Slater.

More: Comment: Ministers should be clear and careful with their words