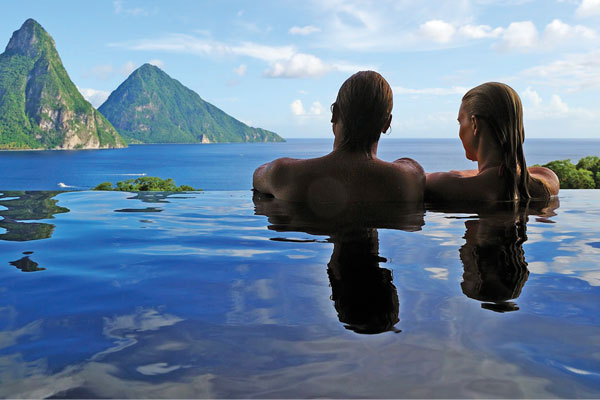 Champagne breakfasts in bed, candlelit dinners on the beach, sunset cruises around the Caribbean coast – anniversary breaks are as dreamy as they sound, and not just for your clients.

If you get it right, you can make your pockets as happy as your customers with high-value, commissionable packages and tailor-made combos that add a bit of pizzazz to your married couple’s holiday routine and have them coming back to you for more.

And they’re relatively easy to push; whether it’s the first-year milestone or the big 5-0, couples from all walks of life and generations can get in on the game. It’s also the type of holiday you can personalise, meaning you can strengthen your client relationships in the process.

Malcolm Davies, product destination manager for Funway Holidays, suggests thinking about which year they’re celebrating and tailoring the destination to that. “Six years means sugar, so Caribbean rum would make an apt gift,” he says. “You could then suggest St Kitts, where it’s possible to explore the plantations and where several of the grand old colonial houses have been converted into boutique hotels.”

So capitalise on the occasion with our guide to the best anniversary offers, packages and ideas for couples of every taste and budget. 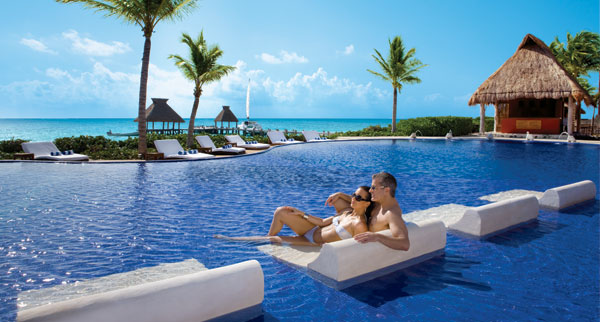 Shores lined with coconut palms, water so bright it doesn’t seem real and sunsets the colour of fire already make the Caribbean one of the most romantic places on the planet. But it’s not just nature that lures the lovebirds; there’s a plethora of anniversary packages available that offer cherry-on-the-cake extras, easy-to-book add-ons and hard-to-turn-down discounts – making your job a whole lot easier.

To get the best deals, Hayes & Jarvis destination executive Martyn Jones recommends clients head to where it all began – the honeymoon resort. “Some hotels offer great extras such as free nights for visitors returning to their honeymoon destination,” he says. “Plus it’s a romantic incentive to return to where they had their first holiday as a married couple.”

Among those offering this kind of deal is AMResorts, several of whose brands – including Zoëtry, Secrets, Breathless and Dreams – give returning guests two free nights when they pay for five around their first anniversary (provided they stayed for at least a week over their wedding or honeymoon period). 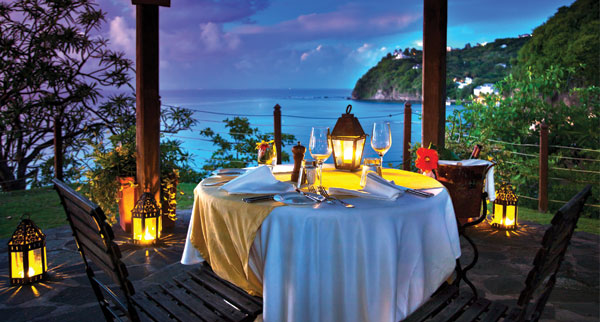 Other discounts are available elsewhere in the region. Sandals adds on a free night for any anniversary couple paying for seven or more at one of its properties, valid for 30 days before or after the magic date. And it’s only applicable for the Club or Butler room categories, which means you have an excuse to upsell, securing a higher-value booking.

Over in Saint Lucia, the elegant Cap Maison – set in a secluded spot overlooking the ocean – has its own take on the matter, giving jubilant anniversary couples a 25% reduction on a one-bedroom villa suite, as well as on the Cap it All Inclusive Supplement (an optional extra that includes all meals and most drinks).

They’ll also get two bottles of champagne – one at the top of Rock Maison, a private wooden deck less than a (literal) stone’s throw from the crashing Caribbean – alongside a sunset cruise on the resort’s yacht and a couples’ massage at the spa. 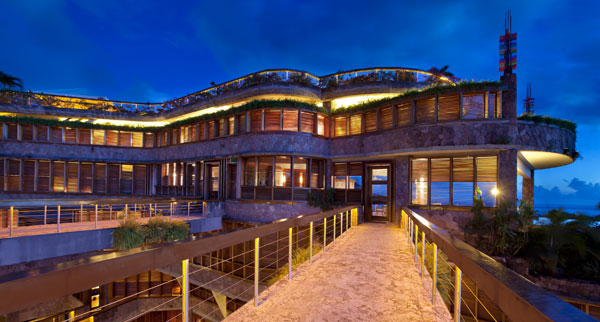 If it’s a really big anniversary they’re celebrating though, suggest Jade Mountain Resort, set farther south. It offers couples married for more than 20 years, and who are staying at least four nights, a free package featuring a professional photo shoot, in-suite massage and optional vow renewal ceremony, followed up by a private dinner wherever they like. Think a table for two under a blanket of stars; worthy recognition for two decades of married life.

Couples can stay in one of the resort’s 29 private sanctuaries complete with a private infinity pool surrounded by the Pitons to make it extra romantic. Prices start from $1,540 per night (room-only). 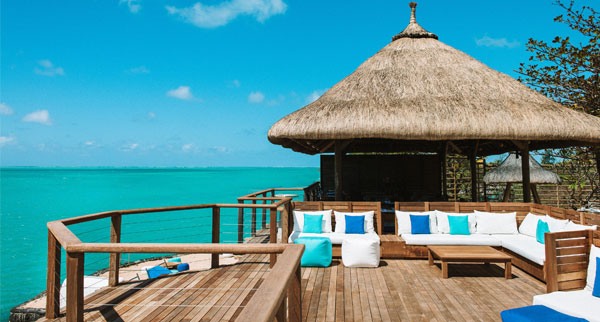 If it’s not the Caribbean your loved-up clients are looking at, it’s likely to be the Indian Ocean, where Mauritius and the Maldives continue to rule the roost. For the former, suggest one of the Beachcomber resorts; couples celebrating any fifth year anniversary (10th, 15th, 20th and so on) will be rewarded with a 30% saving on room rates, alongside complimentary two-course lunches every day of their stay and sparkling wine, fruit and a gift on their arrival. 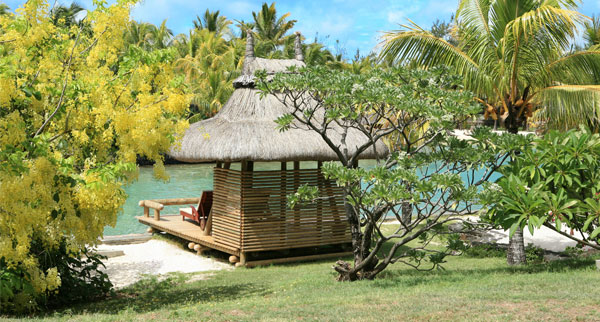 Over at the Paradise Cove Boutique Hotel they’ll get other free surprises, including an exotic cooking class, a cocktail-mixing tutorial, a free introduction to diving and a candlelit dinner – in addition to sweet treats made by the chef, local rum and a romantic breakfast if they stay in one of the higher-end suites. And if they’ve made it past the decade point all this will be more affordable thanks to a 50% discount off the bride’s rate (on a half-board basis), or a 25% reduction for those at the five to 10-year stage. 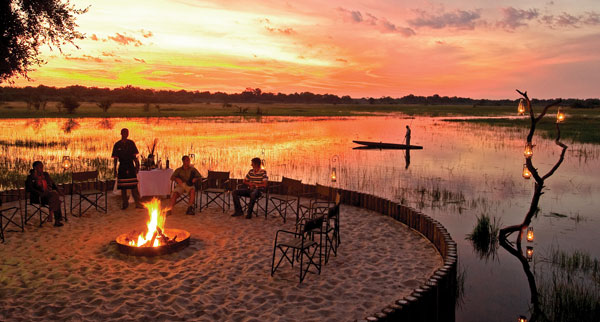 Anniversary celebrations don’t only have to be resort-based, of course; there’s a whole array of other options out there, and for a milestone occasion it’s worth straying a little outside the box.

A once-in-a-lifetime rail journey is a worthy suggestion for couples celebrating their silver, gold or diamond year. Among the most extraordinary is the luxury train Deccan Odyssey, whose gold-flushed, decadent carriages mimic those of the ancient Mahajaras.

If Only offers an Indian Sojourn trip on the train through Udaipur, Ranthambore National Park, Agra and beyond. Prices start from £4,995 per person if booked by March 31 on a full-board basis, including flights from Heathrow and hotel accommodation, in addition to the seven-night rail ride. Optional extras such as a celebration cake or anniversary dinner can be arranged, meaning couples can dine like royals against a backdrop of sweeping mountains and floating palaces to celebrate their big day.

Carrier suggests a safari around Botswana and Zambia, and for an especially extravagant stay, recommend Sanctuary Retreats. Chief’s Camp in Botswana’s Okavango Delta has been rebuilt and now has pavilions with private outdoor terraces and plunge pools with views over the surrounding delta. 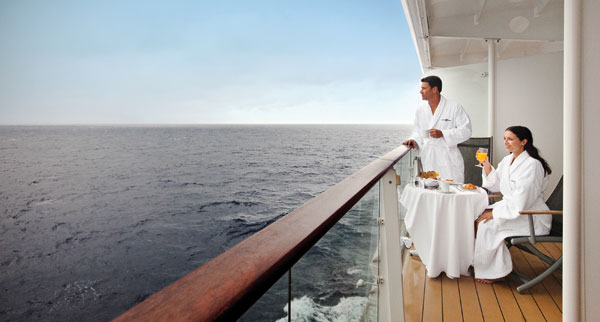 If it’s more sea than land that floats your clients’ boats, a cruise is a perennially popular choice for special occasions. Celebrity Cruises has various packages available, with chocolate-dipped strawberries, flowers, champagne, a personalised cake and mimosa breakfast all featuring as part of its deluxe and premium packages (from £122 and £204 respectively).

Princess Cruises has a similar array of options, combining a champagne breakfast in bed with other delights such as red roses, stateroom-delivered canapés and a massage or facial as part of its Deluxe Anniversary Package, available from $449 per couple.

If Only also offers a Blue Lagoon Cruise around Fiji’s islands with a renewal of vows ceremony, complete with gifts and cake. If you can find something more romantic than that – set against a backdrop of swishing blue ocean and paradise-like shores to boot – we salute you.

Kuoni offers a week with breakfast at Cap Maison, including British Airways flights from Gatwick and private transfers, from £1,825 per person for a Garden View room or from £2,275 for a one-bedroom Kuoni Indulgence Villa Suite (including complimentary couples’ massage and Caribbean cooking lesson).
kuoni.co.uk

Outrigger Hotels and Resorts offers a six-night anniversary package at the Outrigger Koh Samui Beach Resort including two spa treatments, a romantic dinner and daily breakfasts from £768 including transfers, valid May 1 to July 14, or September 1 to December 23.
outrigger.com

Debbie Black, operations manager, If Only

“If one half of the couple is planning an anniversary surprise for the other, I’d suggest agents make sure they know the ground rules on who should know what, so that emails or phone calls don’t accidentally reach the client being surprised. I’d also recommending upselling. We occasionally contact agents to advise on opportunities such as flight upgrade offers, dinner for two in an exotic location, special transfers such as via a helicopter, private yacht or limousine, or even an enhanced ‘meet and greet’ service that will make clients feel like VIPs.”

Sandals is offering a pair of silver Vera Wang Wedgewood Toasting Flutes to agents who book a wedding or ‘ReTie the Knot’ (vow renewal) ceremony on a Club Level or Butler Elite Suite in February. Download the form at sellingsandals.co.uk and send it to ukweddings@sandals.co.uk by March 3.