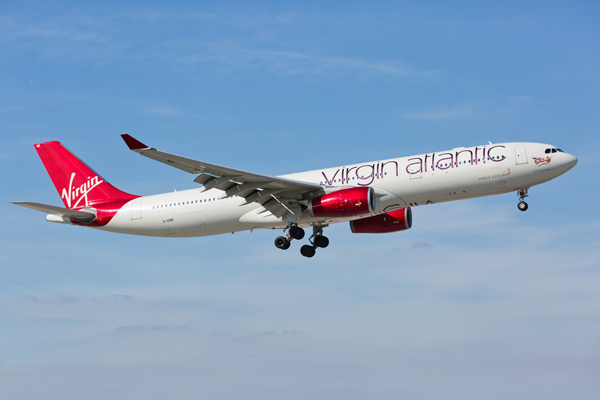 The only direct air link between Heathrow and Barbados is to be started by Virgin Atlantic.

Flights will run twice a week from December 12 with tickets starting at £649 going on sale on Saturday.

The new flights to the Caribbean will run on Tuesdays and Saturdays using an Airbus A330 as part of the airline’s 2017 winter schedule.

The aircraft will be configured with 33 Upper Class, 48 Premium Economy and 185 seats in economy.

Virgin Atlantic will offer up to 11 flights to Barbados a week from Gatwick, Manchester and Heathrow.

Barbados from Heathrow will be the sixth new service to be launched by the airline this year, alongside Seattle from Heathrow, Varadero in Cuba from Gatwick and expansion at Manchester to San Francisco, Boston and New York.

The long-haul carrier’s recently extended codeshare agreement with Flybe will mean that travellers from Scotland will be able to connect from Edinburgh and Aberdeen airports to Barbados via Heathrow.

Virgin Atlantic chief commercial officer, Shai Weiss, said: “The Caribbean has always been a core market for Virgin Atlantic and so we’re excited to announce we’re offering more choice to our customers with the option of flying from Heathrow, Gatwick or Manchester direct to Barbados.”

The airline claims strong demand for its Upper Class and Premium Economy cabins on Barbados flights.