Ben Lerwill enjoys rock and rail along the Norwegian coast.

It’s early morning in the fjord-side village of Flåm, with that tingling freshness in the air you find only in Scandinavia. Our little train climbs slowly away from the village station, nosing along the same steep track it’s followed for the past three quarters of a century.

On either side of the line, gargantuan cliffs and mountains dominate the landscape. The train seems laughably tiny in the vastness of these surroundings. On board, I sit back, stare out of the window and try to summon adjectives that might somehow convey the majesty of the scenery. It’s not easy.

The Flåmsbana, or Flåm Railway, is more than just another picturesque train ride. It was the steepest steam railway in the world when it was completed in 1940. Three years later it switched to electric locomotives, and became the planet’s steepest electric line. It covers 12-and-a-half miles, but took almost 20 years to build, and the 45-minute ride between Flåm (at sea level) and the terminus at Myrdal (866 metres high) has become one of Norway’s biggest visitor draws. 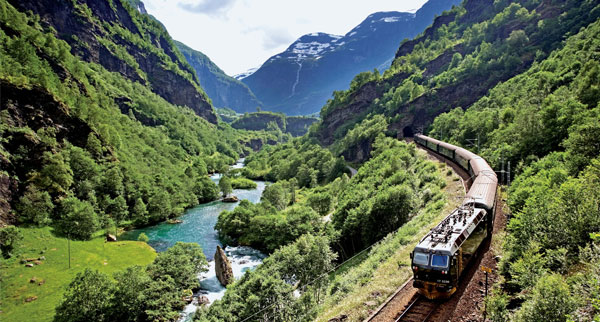 This is somewhere that knows all about catering to tourists, of course. The country has been serving up super-sized panoramas to wide-eyed international travellers since the 19th century, with the exquisite natural scenery around the fjords a consistently strong draw. Norway is home to more than a thousand fjords – narrow, glacier-formed sea inlets – but attention tends to fall on those located midway up the country’s west coast, thanks to their spectacular, high-sided walls and their suitability for billboard-friendly pleasure cruises. Even the largest ships on the market are utterly dwarfed by a west Norwegian fjord.

Less iconic, but no less significant, is the country’s potential for rail-based holidays. The Flåmsbana line is just one of several remarkable train journeys in Norway. The most notable of the other options is the glorious Bergen Railway, which leads for 308 miles between the cities of Bergen and Oslo, crossing mountain plateaus along the way and standing as the highest rail line in Northern Europe. 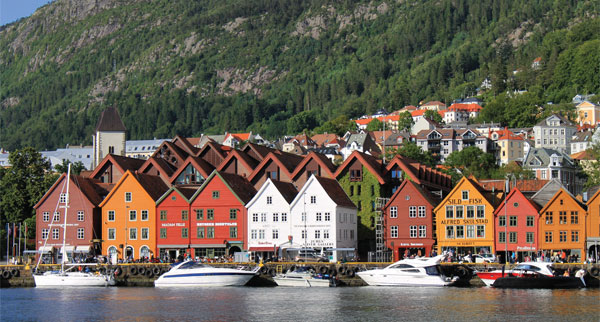 When you take the three aforementioned components – the Flåmsbana, a fjord cruise and the Bergen Railway – and shape them into one escorted tour itinerary, you’re left with a pretty extraordinary package.

Norway couldn’t be described as a difficult travel destination – English is widely spoken and service levels are typically strong – but visiting on an escorted rail tour still holds benefits. The presence of a tour manager and local guides helps ride out any logistical hiccups. In the case of this itinerary, there’s also assurance in knowing the timings and structure of the week have been tried and tested to get the most out of the destination.

There’s also the matter of cost. Certain items in Norway are notoriously expensive – clients can expect to pay £7.50 or more for a pint, for example. By combining most of the holiday elements into one upfront cost (the package includes flights, four-star accommodation, transfers, guided tours, rail and cruise tickets, all breakfasts and four dinners) budgeting becomes far more manageable. Those remaining meals will add up, of course, but if there’s anywhere that warrants a few extra quid, it’s Norway.

We begin our itinerary in Bergen, a city whose history, absorbing though it is, plays second fiddle to its setting. It has a rich past, having been an outpost of the medieval sea-trading network known as the Hanseatic League, and retains a whole neighbourhood of atmospheric, Unesco-listed wharf-side buildings. 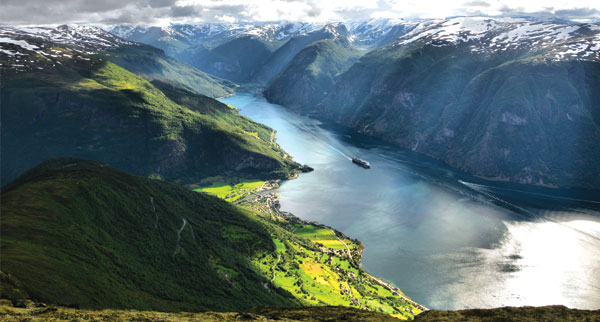 But its far-flung location is the big draw, with its neighbourhoods slung handsomely across a green shoreline and ringed by hills and islands. The best way to take in the views is to head up the Fløibanen funicular close to the town centre. From the 320-metre-high summit, the whole region is in view. It’s somewhere to linger.

Those colourful wharf-side buildings, collectively referred to as Bryggen, helped bring the city enormous wealth in the Middle Ages, thanks mainly to the local supply of cod, which could be dried before being shipped elsewhere in Europe.

Our guided tour gives plenty of good insight into the period, then leads us across town to the Kode gallery complex. Art-loving clients should make a beeline for Kode 3, which has an excellent collection of Edvard Munch paintings.

From Bergen, the first rail leg of the itinerary takes us two hours northeast to Myrdal, from where the Flåmsbana leads down to the waters of Aurlandsfjord. Both the Flåmsbana and the subsequent fjord cruise should rightly be seen as itinerary highlights, and happily the two run regularly throughout the day, which means there’s good flexibility if plans need to be altered at short notice. 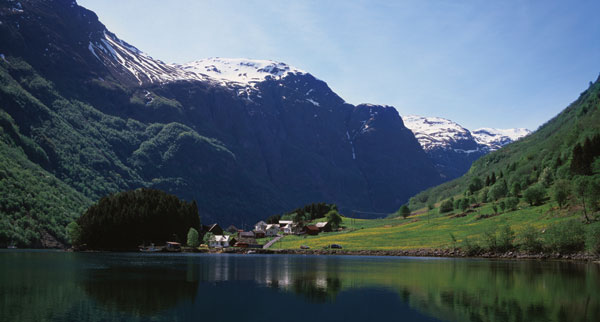 The cruise itself is phenomenal. It’s a two-hour symphony of soaring green peaks and calm waters. It follows a V-shaped route that takes in two fjords: Aurlandsfjord and the even more beautiful Nærøyfjord. The most famous inlet of all, Geirangerfjord, lies further up the coast, so is omitted from the itinerary, although it’s highly unlikely clients will feel hard done by.

One other thing to note: the cruise makes use of an award-winning new ship, Vision of the Fjords, which has a fully open-top deck and electric motors, keeping engine noise to a minimum.

The itinerary involves two nights apiece in hotels in Bergen, Flåm and Oslo. All are centrally located and of a good standard. The Fretheim Hotel in Flåm is the pick of the bunch, however, not just for its cosy, log-fire feel and its fjord views, but for its food, which showcases Norwegian specialities such as reindeer, halibut and the infamous brown cheese (nicer than it sounds). 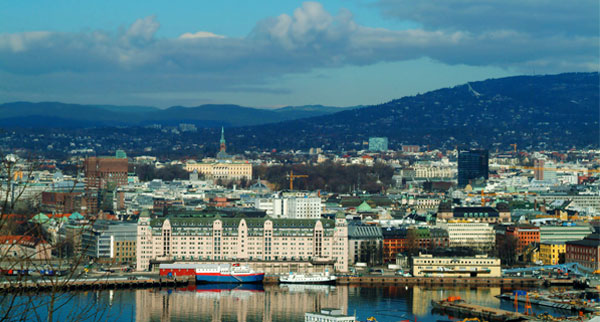 The final leg of the programme involves a return journey on the Flåmsbana – no less magnificent the second time around – before picking up the Bergen Line for more widescreen scenery between Myrdal and Oslo.

The Norwegian capital doesn’t always get the credit it deserves as a city-break destination, but it’s a genuinely impressive place to spend a couple of days. Top billing in sightseeing terms goes to the waterside Opera House, where a sloping outer roof rather brilliantly allows passers-by to stroll up to its apex.

Other key attractions include the Viking Ship Museum and the Fram Polar Ship Museum, which look at contrasting eras of Norway’s maritime heritage, and the wonderful Vigeland Sculpture Park, where more than 200
larger-than-life human sculptures capture emotions ranging from joy to wonder.

“Travelling by train in Norway has been an increasing trend in recent years and continues to be high on the agenda. In 2016 the Flåm Railway saw a record number of 926,532 passengers, an increase of 145,000 passengers on 2015.”

“Norway’s famous fjords tend to hog the limelight, but they’re only one aspect of a destination that unfolds one extraordinary landscape after another. Our guests can take in these panoramic views from the comfort of a train seat, and when you factor in cities such as Oslo and Bergen, it’s somewhere that can provide the rail tour of a lifetime.”