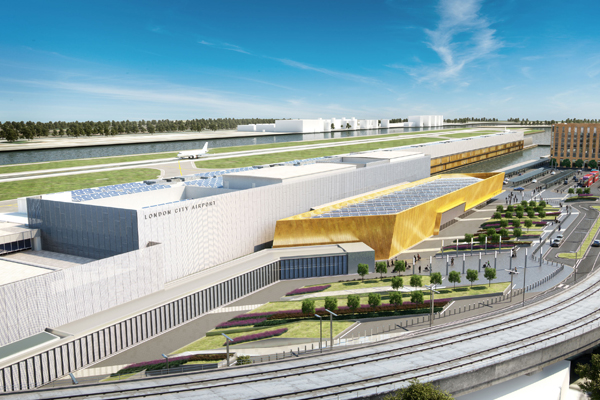 He is non-executive chairman of Crossrail and Ricardo and was chief executive of Tube Lines from 2002-2009 and managing director of Land Rover in the early 1990s.

His arrival comes as the Docklands airport prepares to begin construction this year on a £350 million expansion.

Due to be complete by the end of 2021, the work will enable the airport to handle 6.5 million passengers a year by 2025.

Sir Terry succeeds Roy Griffins, who is to retire as chairman of the Docklands airport after more than 10 years.

Sir Terry said “I am delighted to be taking on this role at such an exciting period at London City airport with the city airport development programme having been granted formal planning permission in 2016.

“I look forward to working with the board, shareholders and executive team to help the business to fulfill its potential over the coming years.”

Griffins said: “Over the past ten years London City has shown how much good a responsible, well managed airport can do for its neighbourhood, its city, the country.

“Between 2006 and 2016 the number of passengers using the airport almost doubled, from 2.4 million to over 4.5 million, reinforcing London City’s reputation as the UK’s leading business airport.”

Meanwhile, David Fison joined the London City Airport board in January as an independent non-executive director, bringing extensive experience with delivery of large projects and technical expertise. He is non-executive chairman of Pontoon Solutions and was chief executive of Skanska UK from 1993 to 2009 and managing director of Balfour Beatty in the 1990s.