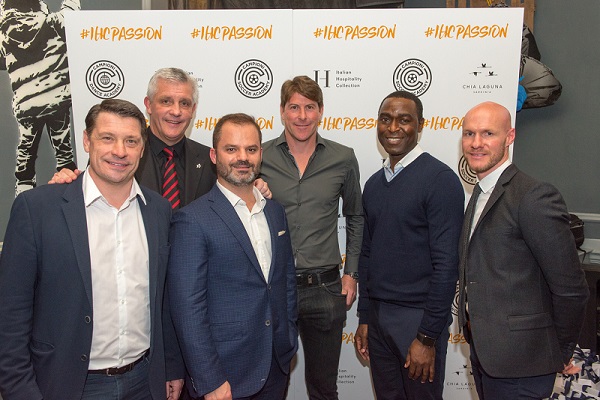 Families can leave their four to 16-year-old children in the care of Campioni coaches, including Manchester United treble winner and the Premier League’s third highest ever scorer Andy Cole, at Chia Laguna Resort in Sardinia this summer.

Current Everton star Yannick Bolasie will also spend a week coaching at the resort after the current football season ends and former Middlesbrough striker Fabrizio Ravanelli will lead a Juventus Academy in August.

The five star resort is part of the Italian Hospitality Collection portfolio, and underwent a €70 million refurbishment since the hotel group was formed two years ago.

The academy, at €550 per week, is exclusive to guests staying at Chia Laguna, and also includes a dance academy – run by Tony Gale’s daughter – at €350 a week.

Travel agents can earn commissions on both bookings at the resort and – at a lower rate – the football or dance academy add-ons.

Marcello Cicalo, director of sales and marketing at Italian Hospitality Collection, said: “Our motto is passione, which is Italian for passion, and we feel that that is exactly what we are providing.

“Having the [football] legends at the resort makes the holiday so special for the kids.”

Speaking at the event, Tony Gale – former West Ham and Fulham defender and now regular pundit on Sky Sports – said it would be his dream holiday.

“For me, the best holidays we’ve had have always been where my son could play football and my daughter could dance,” he told the room.

“And these guys [his fellow ex-pros] are real footballers, and are really approachable and they’ll be there with their families so you can have a chat with them as well.

“Throw in this spectacular resort and you can’t beat it. If I was choosing a holiday, this would be it.”