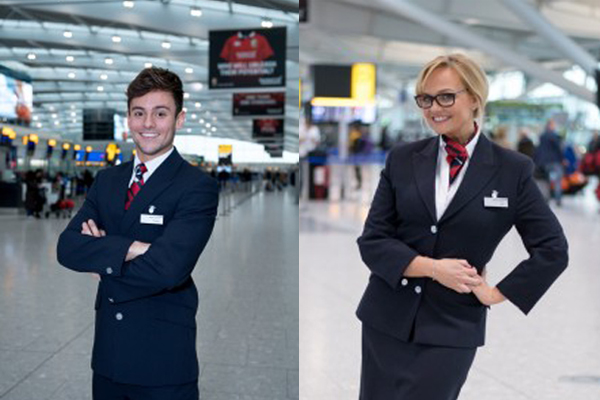 The celebrities are dressed as BA staff surprising passengers in support of Comic Relief – the airline’s charity partner.

The videos are available on the airline’s YouTube page at youtube.com/britishairways

Former Spice Girl and Heart FM presenter Emma Bunton assists unsuspecting customers at check-in, asking them if they have packed any ‘sporty or ginger’ products.

Olympic medallist Tom Daley greets customers, persuading some of them to perform dive moves before flying.

The airline’s customer experience director, Troy Warfield, said: “This year Red Nose Day is going back to its comedy roots, and we’re delighted to be supporting it with these great films from some of the nation’s favourite personalities working a shift at British Airways.

“The video is our way of saying ‘thank you’ to customers and staff for helping us raise over £15 million over the past seven years.”