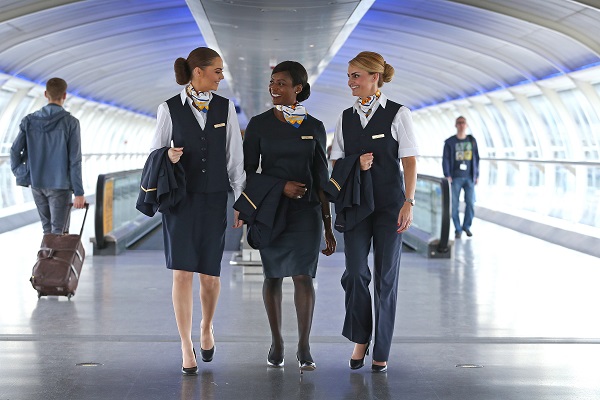 Thomas Cook Airlines has unveiled new uniforms for its cabin and flight crew.

The group revealed the new uniform with a flashmob fashion show for customers ahead of their flight to Tenerife from Manchester airport.

Cabin and flight crew strutted up and down the aircraft’s aisle to the shock of waiting passengers.

Head of cabin crew UK, Maggie Kennedy, said the video was ‘brilliant’ and she loved the new uniforms.

She said: “We knew our customers would be bowled over by our new uniform, but we were surprised by just how much they got involved.

“They were cheering and clapping each of our fabulous models as they came out.

“I’d like to thank each and every one of them for taking part and doing such a great job.”

The uniform will be rolled out in the UK from this week with it heading out to the airline’s Belgian, German and Scandinavian markets from later this year.

What an amazing New Uniform day. Big thank you to the team for delivering it #CustomerAtOurHeart@TCAirlinesUKpic.twitter.com/W7Wg4ITxT9