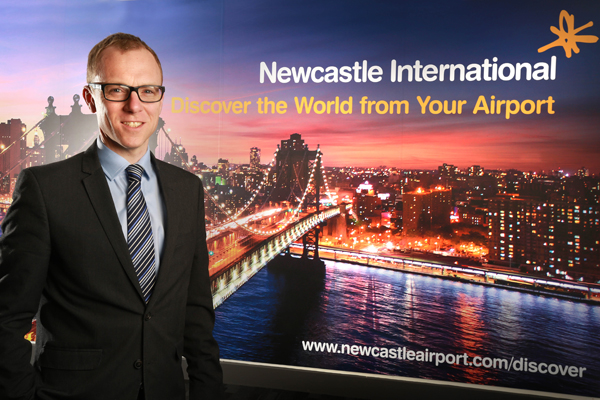 He has been working as interim chief executive since May last year, having joined in 2015 as CFO.

Jones said: “I am passionate about the north-east region and my aim will be to further improve connectivity for businesses as well as providing popular holiday destinations for people in the region.

“I also want to ensure we build upon our reputation for providing the most welcoming customer experience.”

He takes up the position at a time when the largest airport in the region is experiencing its strongest growth in almost a decade.

Passenger numbers grew by 6% in 2016 and a number of new routes were started and announced.

Prior to joining the airport, Jones spent six years as CFO at north-east based Aesica Pharmaceuticals. He began his career at Price Waterhouse where he spent 13 years, most recently as a corporate finance director in its Manchester office.

Councillor Iain Malcolm, leader of South Tyneside Council, and Chair of the airport holding company, said: “Our region needs a strong international gateway airport, generating huge benefits for the economy and many thousands of jobs.

“We look forward to working with Nick and his team to secure these outcomes.”