How well do you know the Douro? Get up to speed with Jane Archer’s guide.

There are various theories as to why the Douro in Portugal is known as the river of gold. Some say it comes from the Celtic word dubro, meaning water, which over time became the Portuguese de ouro, meaning of gold. Others maintain it’s all to do with the riches that have come from the wine grown along its banks.

It might equally be just that the waterway has proved a gold mine for tourism ever since what used to be a raging torrent was tamed by a series of locks built between 1964 and 1985, at which point a Portuguese entrepreneur saw an opportunity to launch hotel boats on the river.

The Douro has always been a big seller in the UK, but lately it has reached new heights of popularity. Scenic’s debut season on the river in 2016, on the 96-passenger Scenic Azure, sold out fast. Its cruises this year have been snapped up, and 2018 departures are flying off the shelves so fast that after just a few weeks on sale, preview offers were revised to cope with demand. 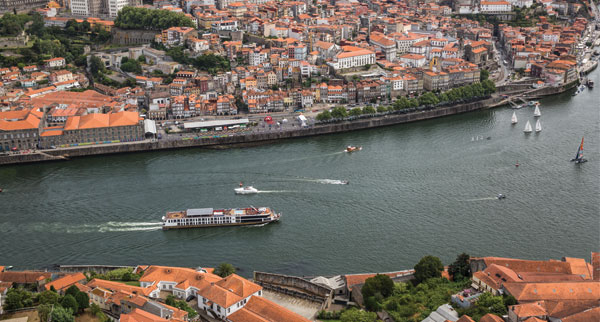 The Douro is unlike most other European rivers. Vessels can only sail from Porto in Portugal to Vega de Terrón on the border with Spain, a journey of about 130 miles, where they turn around and return to their starting point (exceptionally, Uniworld and AmaWaterways offer one-way cruises, see below).

Secondly, where attractions on other rivers include marquee cities, medieval towns and Roman ruins, on the Douro the scenery is the star. There are excursions in Porto and Salamanca, Spain, which is universally visited on a day trip from Vega de Terrón, and while both are lovely cities they are not uppermost in people’s minds when choosing the Douro. Instead, folk are seeking a peaceful cruise past the verdant vineyards that line the valley and the chance to enjoy local food and wine.

Viking River Cruises UK head of sales Neil Barclay says: “The appeal is fairly broad. Great scenery, the chance to sample the Douro valley wines and a sunny climate. Our ships have a plunge pool, so it’s also seen as a relaxed summer holiday destination.” 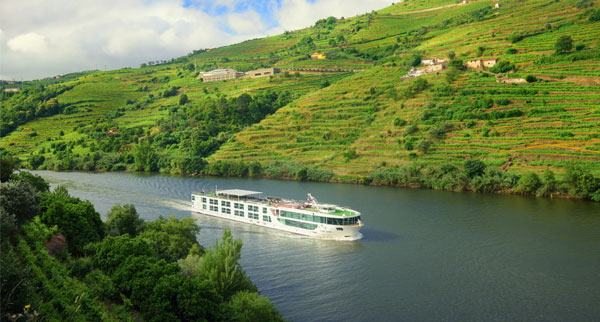 Scenic Azure also has a pool on the sun deck, which was much appreciated on my cruise at the height of summer. The locals say the climate in northern Portugal is nine months of winter and three months of hell – the latter being June, July and August, when temperatures can go above 40C.

The scenery is fabulous – rocky cliffs, picturesque villages and bougainvillea-clad wine estates (quintas) – but mostly it’s a patchwork of vineyards, some appearing not much bigger than a handkerchief, on slopes that are so steep the vines have to be tended manually and grapes picked by hand. Some quintas still use donkeys for fieldwork.

Most cruise lines offer excursions to Guimarães, where, in 1128, Portugal’s first king was crowned, and the Mateus Palace, which is famously depicted on the Mateus rosé wine label (although the wine is nothing to do with the estate). Scenic visits them both, but offers much more.

We visited the Douro Museum in Régua, which houses an excellent exhibition about wine making in the region, and drank sundowners on the museum’s terrace overlooking the river as a guitarist strummed gently and we watched the sun go down. 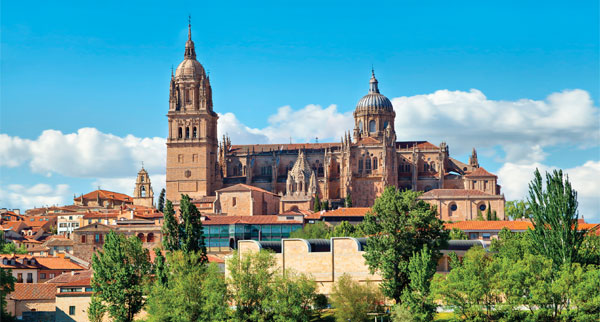 There was a tour to Lamego, where the highlight is the Sanctuary of our Lady of Remedies, a pilgrimage church built at the top of an ornate baroque staircase with some 680 steps. Some of us tasted port and almonds in the sleepy village of Freixo de Numão, while more intrepid souls went canoeing on the Sabor River. All discovered the delights of bolas (a type of Portuguese bread with bits of bacon inside) on a trip to the village of Provesende.

In between it all, we had a day in Salamanca, which is a two-hour drive from Vega de Terrón but well worth the journey, as it’s a lovely city with sandstone buildings that glint in the sunshine and isn’t overrun by tourists. Highlights include its produce market, two cathedrals, the oldest university in Spain and the Plaza Mayor, one of the biggest squares in Spain.

Scenic is not the only river cruise line reporting buoyant sales for the Douro. Barclay says the river is selling “exceptionally well” for Viking. The company has three vessels on the Douro – Viking Hemming, Osfrid and Torgil – and offers a 10-night itinerary that pairs the one-week cruise with two nights in Lisbon.

Highlights include a walking tour of Lisbon’s Alfama district, dinner with fado music at a monastery and a lesson in local breadmaking. From £1,445 per person departing April 1, 2018, including flights. 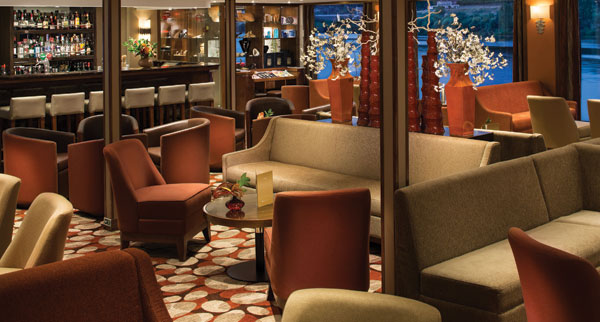 Emerald Waterways’ new Emerald Radiance, which makes its Douro debut in May, is already all but sold out for the whole of 2017. UK brand manager David Winterton says the cruises have been snapped up by the British, who account for 75% of the capacity.

Emerald’s one-week cruises include tours of Lamego, Porto and Salamanca, and the Douro Museum in Régua. From £1,745 per person departing October 20, 2018, including flights.

Also new on the Douro this year is Riviera Travel’s 126-passenger Douro Elegance and CroisiEurope’s Miguel Torga. CroisiEurope prices include drinks, but exclude excursions. Options include sightseeing by bike in Salamanca and a three-hour walking tour from the Atlantic coast to Vila Nova de Gaia, across the river from Porto, to visit a port wine cellar.

AmaWaterways packs tours to Lamego, the medieval village of Castelo Rodrigo and Salamanca, as well as lunches and dinners ashore, into its seven-night Enticing Douro cruise, which is also available with a three-night stay in Lisbon. The cruises are on the AmaVida, which is shared with APT. 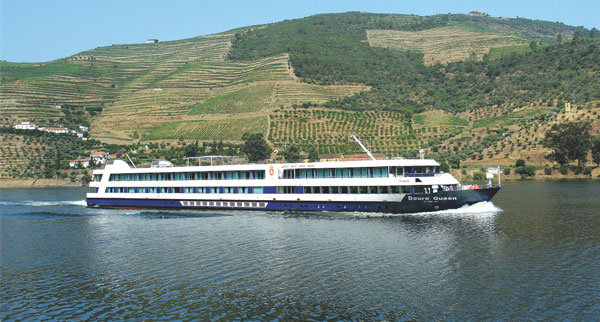 New in 2018, APT’s value-driven Travelmarvel brand is offering cruises on a new vessel, Douro Serenity. The eight-day itinerary includes a tour to the Douro Museum, dinner in a quinta in Pinhão and a port wine tasting at a local winery. From £1,895 per person departing July 10, 2018.

Saga combines jazz and sightseeing on two seven-night voyages on the Douro this year and next. Jazz musician John Shillito and singer Margaret Saddington will be hosting the cruises, which will feature two talks and five live performances by Pete Allen’s Quartet. The voyages are on the Douro Queen and cost from £1,429 per person departing November 1, including flights. 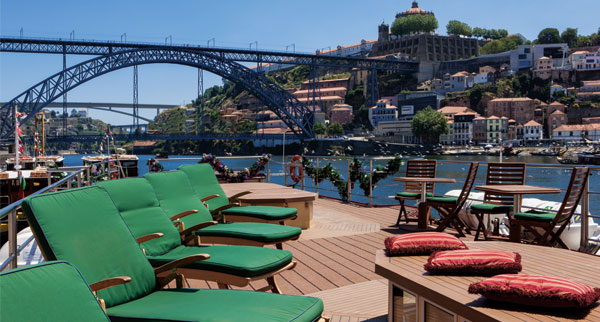 Titan Travel has Douro cruises on the Spirit of Chartwell, the vessel the Queen travelled on during her Diamond Jubilee pageant on the River Thames. One-week cruises include port wine and almond tasting, cooking demonstrations, a Portuguese barbecue and fado music show. From £2,899 per person departing May 24, including flights and two nights in Lisbon.

All cruises mentioned so far are round-trips from Porto. For something a bit different, both Uniworld and AmaWaterways bookend a one-way river cruise from Porto to Vega de Terrón or vice-versa with city stays in Lisbon and Madrid. AmaWaterways’ 14-night holiday includes three nights in each city; Uniworld’s offers 13 days, with two nights in Lisbon and three nights in Madrid, from £4,949 per person cruise-only, departing October 12.