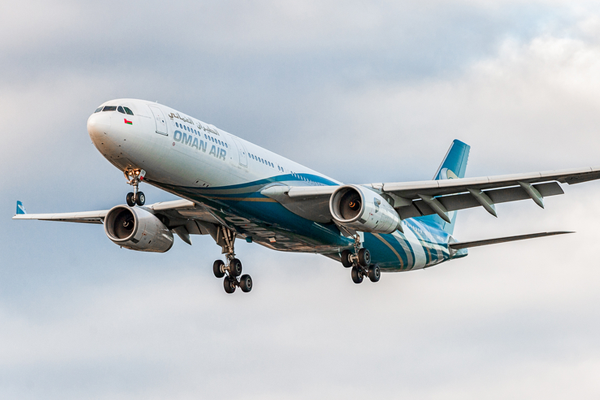 A new air route to the Gulf has been opened up from Manchester airport.

The service is being operated by an Airbus A330-200 and is in addition to double daily flights from Heathrow.

Oman Air chief executive, Paul Gregorowitsch, said: “The addition of this flight to and from Manchester is a pivotal development and demonstrates our commitment to the UK market.

“Oman Air is the only carrier operating direct flights to the Sultanate outside of London, offering British and Omani travellers the convenience of flying direct between the north of England and Muscat.

“There is also the opportunity to connect with Oman Air’s global network; over 27 destinations have connectivity inside of three hours in both directions and our extremely keen pricing means that Oman Air offers a really attractive option for travellers from Manchester or those visiting from Oman.”

Manchester airport deputy chief executive Collette Roche added:  “It is pleasing to see Oman Air commence daily direct flights to Muscat from Manchester.  As well as connecting these two cities, the route opens up access to the airline’s incredible onward connectivity across Asia and beyond.

“The fact this route in the UK can only be found at Manchester outside of London clearly showcases the role we play as a gateway for the north.”