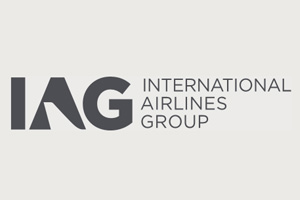 The year-on-year increase of €15 million for the three months to March 31 came in what is traditionally the weakest quarter of the year.

The company reported that start-up low cost long-haul carrier Level had attracted sales ahead of expectations.

IAG, which also owns Aer Lingus, Iberia and Vueling, expects its operating profit for 2017 to show an improvement year-on-year at current fuel prices and exchange rates.

Passenger unit revenue for the quarter fell by 7.2%, down 3.1% at constant currency.

IAG also reported 10% traffic growth in April, with premium carryings up by 7% over the same month last year.

Reflecting on the first quarter, CEO Willie Walsh said: “We’re reporting an operating profit of €170 million before exceptional items which is up from €155 million compared to last year.

“This is a record performance in Q1, traditionally our weakest quarter, with the improving trend in passenger unit revenue continuing.

“The impact of currency exchange was €32 million in the quarter due to the translation of sterling profit into euros.

“It’s already been extremely successful with sales running well ahead of expectations”.

This gave the budget carrier a rolling 12 month passenger total up by 7.8% to more than 76.6 million.