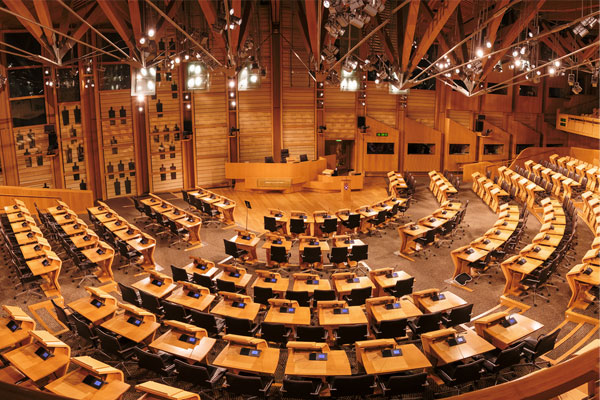 The commitment of UK airlines to sustainability and emissions reduction has been highlighted as MSPs discussed the latest stage of the process of replacing Air Passenger Duty.

The Scottish parliament wants to replace APD with an Air Departure Tax and plans to cut the rate by 50% from April 2018 and abolish it altogether “when finances allow”.

The Scottish parliament finance and constitution committee was yesterday considering the latest stage of the Air Departure Tax Bill.

Tim Alderslade, chief executive of industry body Airlines UK, repeated his call for a reduction in the levy.

“It is clear that existing rates of UK APD place Scotland at a competitive disadvantage compared to the rest of Europe and act as a barrier to trade, investment and tourism,” he said.

“This would have substantial economic advantages, with a 2015 York Aviation report concluding that such a reduction would create nearly 4,000 jobs and add £1 billion to the Scottish economy.

“However, airlines are clear that growth must go hand in hand with actions to cut global CO2 emissions and UK carriers take their environmental responsibilities very seriously.”

He added: “The industry is on target to meet its ambitious goal of reducing global CO2 emissions from all journeys, by half of their 2005 levels, by 2050 – with UK airlines having already reduced emissions by 20 million tonnes since 2005.

“This reduction has been achieved predominately through the introduction of over 470 cleaner, quieter aircraft into service over the last decade, with orders placed for another 400. These new planes offer at least a 13% improvement in fuel efficiency.

“Government data shows that in 2015, jet fuel deliveries to UK airports, for UK and non-UK airline operations, were 10% lower than in 2006, despite 20 million more air passengers being carried. Essentially therefore, from 2006 to 2014, growth in UK aviation was delivered without any increase in C02 emissions.”