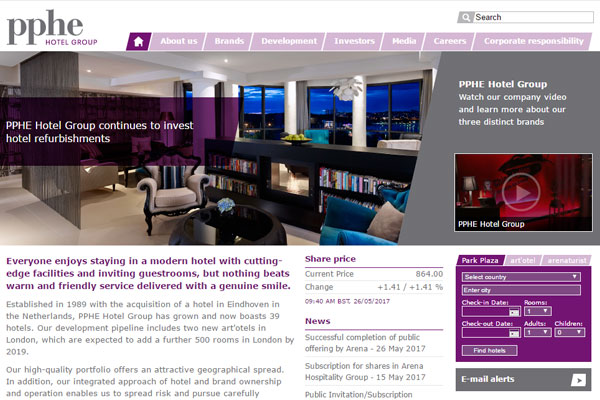 The Croatian arm of PPHE Hotel Group has raised more than €100 million in a share placing.

The funds for Arena Hospitality Group will help support expansion in central and eastern Europe.

Park Plaza parent PPHE is reduced its controlling interest in Arena from 77.09% to 51.97% following the international share offer.

Arena shares are being listed on the Zagreb Stock Exchange from June 6.

PPHE president and CEO, Boris Ivesha, said: “We are pleased with this important milestone in the history of our group.

“The new capital raised by Arena will enable the acceleration of the investment plan aimed at upgrading existing properties and realise further growth for our group in central and eastern Europe through Arena.

“We would like to thank all stakeholders for their confidence in Arena’s offering and we welcome Arena’s new investors who will become part of our growth story.”