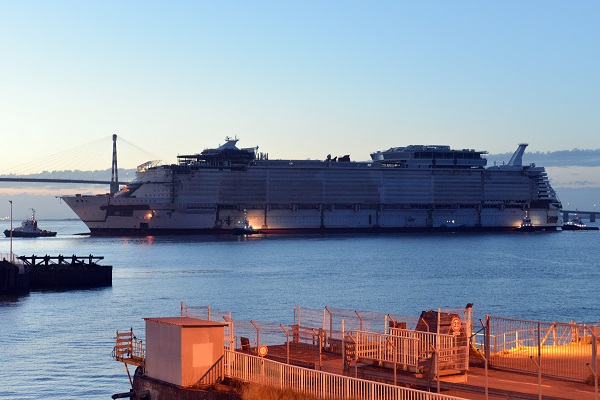 Royal Caribbean’s newest ship Symphony of the Seas is to enter its next stage of construction after leaving dry dock.

The line’s new Oasis-class ship was floated out on June 9 and now the interior construction and design of the ship will be completed.

With 28 more staterooms than its sister ship Harmony of the Seas, it will be the largest cruise ship in the world.

Symphony of the Seas is due to be completed in April 2018 and will spend its inaugural summer season in the Mediterranean.

It will then homeport in Miami from early November to begin seven night eastern and western Caribbean itineraries.

The ship will have many similar features to Harmony of the Seas, including the seven-neighbourhood concept, Bionic Bar robot bartenders and Ultimate Abyss, the tallest slide at sea.