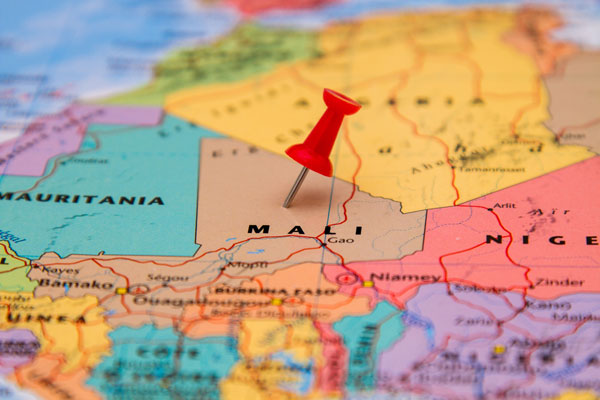 Two people are reported to have been killed after gunmen stormed a holiday resort in Mali popular with western tourists.

The attack took place at the luxury Le Campement resort in Kangaba east of the capital Bamako.

“Unfortunately for the moment there are two dead, including a Franco-Gabonese.”

The minister said four assailants had been killed by security forces.

One of them left behind a machine gun and bottles filled with “explosive substances”.

The ministry said another two people had been injured, including a civilian.

A security ministry spokesman told Reuters 32 guests had been rescued from the resort.

Witness Boubacar Sangare was just outside the compound as the attack unfolded.

“Westerners were fleeing the encampment while two plainclothes police exchanged fire with the assailants,” he said.

“There were four national police vehicles and French soldiers in armoured vehicles on the scene.”

The Foreign and Commonwealth Office said in an updated travel advisory for Mali: “There are reports of a security incident at the Le Campement Resort, Kangaba. Please avoid the area and follow the advice of local authorities.”

Earlier this month, the US embassy in Bamako had warned of “possible future attacks on Western diplomatic missions, other locations in Bamako that Westerners frequent”.

At least 20 people were killed when gunmen took guests and staff hostage at the Radisson Blu hotel in Bamako in November 2015, forcing a state of emergency to be imposed in the country.