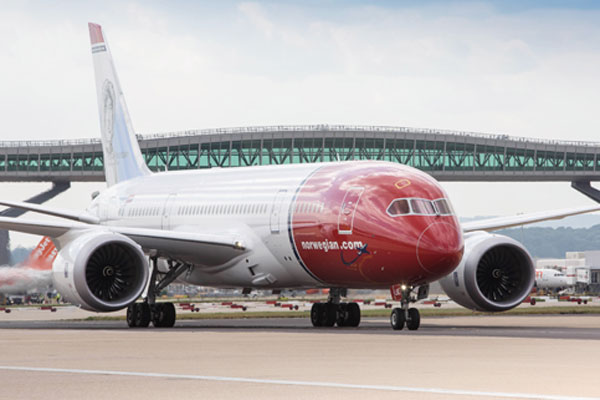 New low-fare transatlantic services to Austin and Chicago are to be added to Norwegian’s growing long-haul network from Gatwick.

Austin in Texas will be served with three flights a week and Chicago by four a week from next spring.

Norwegian also confirmed new routes from Paris to Boston and Oakland, as well as increased flights on existing routes from the French capital to New York and Los Angeles.

Norwegian chief executive Bjorn Kjos said: “Once again we have put the UK at the heart of our ambitious expansion plans, with affordable fares to another two exciting US destinations.

“As America’s third biggest city, Chicago is perfect addition to our growing networks while Austin has also become a major hub for leisure and business travel so we are delighted to offer passengers more choice and lower fares to these vibrant cities.”

He added: “Many people said low-cost long-haul would never work but three years, 13 routes and 1.5 million UK passengers later and Norwegian has shown there is huge demand for more affordable long-haul travel.”

Gatwick chief executive Stewart Wingate said: “These new flights are yet more proof that the low cost long-haul revolution is here to stay as Norwegian and Gatwick’s long-haul networks reach into all four corners of the globe.

“Norwegian now offers 13 long-haul routes from Gatwick to destinations across the US and also to South America and south east Asia.

“The addition of new flights to Chicago and Austin also means that Gatwick’s long-haul network breaks yet another world record as we now offer 62 routes – more than any other single runway airport in the world – and the fifth largest network of any airport in Europe.”