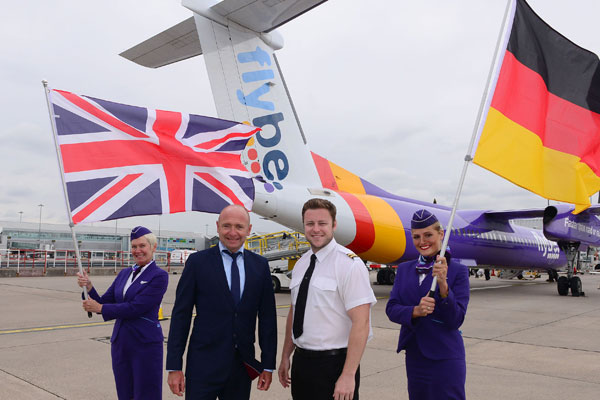 The only direct air service connecting the UK and Germany’s second cities has been started by Flybe.

The regional airline will operate up to four flights a week year-round between Birmingham and Hamburg.

One-way fares lead in at £34.99 including taxes and charges.

Additional frequency will be added for the upcoming winter schedule, according to the airline.

Flybe chief revenue officer Vincent Hodder said: “These flights are the only direct route between the two major cities and it is the sixth German destination to be added to our schedule to and from Birmingham airport.”

Birmingham airport aviation director William Pearson added: “Hamburg is a hugely welcome addition to Flybe’s growing list of routes from Birmingham for both our business and leisure passengers.

“It is Germany’s second largest city and has the country’s biggest port, making it an important economic hub and a great city break destination too.

“Connecting Hamburg with Britain’s second largest city will be of huge benefit to trade and business relations.”