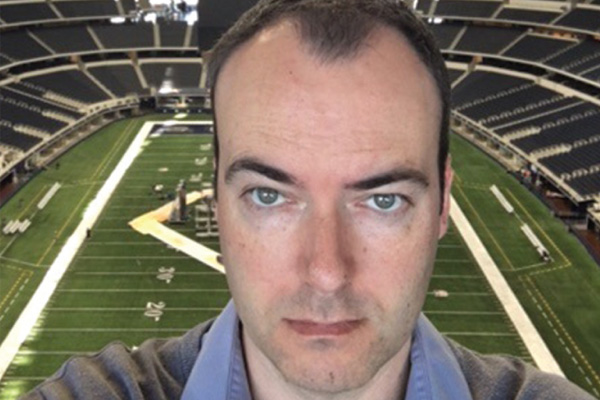 Ben Mortimer chose to capitalise on his love of American football when he set up MVP Travel to take UK fans to sports events. Juliet Dennis finds out more about the Hays IG agency.

Q. What gave you the idea to set up MVP Travel?
A. In my last job, I spent 10 years based in Baltimore, with a company that specialised in flight-only trips to West Africa. I’m a sports enthusiast, but before going to the US in 2001, I had little knowledge of American football. I soon became a season-ticket holder at Baltimore Ravens, who were the world champions at the time. People flock to American football like they do to church – it’s the biggest social-engagement activity. It was evident that there was growing demand from fans based in the UK, and in the early 2000s, some found me via an online message board. I ended up sorting out tickets for them and taking them to a ‘tailgate’ party. These take place before the game, with barbecues, and are an essential part of the National Football League (NFL) experience. At the same time, there was increasing interest in the English Premier League from the US. I saw advertisements for tours to England and wondered what there was the other way round.

Q. MVP Travel takes its name from the term ‘most valuable player’. How did you go about setting up the agency?
A. The business I was working for sank as a result of the Ebola crisis and I needed a change of direction. I met with Hays Independence Group in April last year. The NFL was our initial push. It was the most logical market, as it is the most popular US sport. You have to home in on people’s passions.

Q. What has the response been like?
A. We had a significant number of enquiries before the NFL schedule was released on April 21 – and then suddenly everyone was ringing. It was the busiest day of my career! The hard work paid off, and the next six weeks’ trading was good. We knew then we had done the right thing; the interest was definitely there. We now have a steady stream of enquiries. We are encouraged by the first year and will make a profit in year two. At the moment, it’s my wife and I, but we will look to take on more staff soon.

Q. How do you market the business?
A. We have joined the UK Facebook group of every NFL team. Some are really well organised. The UK and Irish Packers (fans of the Green Bay Packers), for example, have 9,000 Twitter followers. We also have a partnership with an NFL magazine, and sponsor and appear on podcasts.

Q. Is the agency a labour of love?
A. Yes, but there is solid research behind it. At Hays IG, all business plans have to be approved personally by John Hays.

Q. What are your best-sellers?
A. NFL games are the most popular by far and that’s what we focus our marketing on. It’s now shown on Sky Sports and will probably become mainstream within a decade. Good sellers are ones where we bolt on trips, such as an Amtrak rail journey, and clients see more than one game.

Q. What next?
A. We have spoken to Hays about selling our trips through other travel agents. We will look to roll out products to the trade in early in 2018, initially through Hays Travel shops, as a tour operator.

Have confidence in your product and be excited about what it is that
you are selling.

Go on as many fam trips as possible, as nothing beats first-hand destination experience.

Engage in social media. Use images or videos to engage people. You don’t have to make a sales pitch.