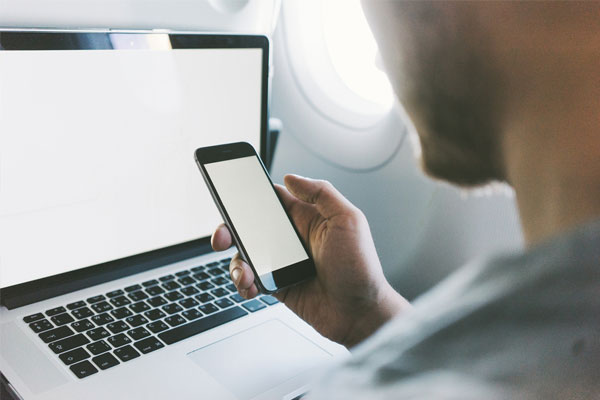 The ban on the use of laptops on flights from the Middle East and north Africa could be scrapped as early as this week.

Instead, tough security measures will be required at airport departure gates.

Airlines have been told that they can drop the ban – imposed on flights from six countries – if they impose new security checks on passengers carrying electronic equipment, The Times reported on Saturday.

The Department for Transport is expected to start inspections of carriers this week, with a view to lifting the four-month ban on an airline-by-airline basis when it is satisfied that robust checks are in place.

It is believed that foreign airlines with heavy state involvement, such as Turkish Airlines and Saudia, will have the resources to lift the ban far earlier than UK-registered carriers.

Enhanced measures, to be completely funded by airlines, are believed to cover the use of explosive detection equipment, including technology that can pick up bomb residue on laptops or passengers’ hands.

It follows last week’s US decision to phase out its own ban on laptops from ten mainly Muslim countries in place of new Homeland Security standards, including the ability to screen passengers for traces of explosives.

However, experts warned that it risked creating lengthy queues at the gates, leading to long delays at airports. Airlines have also criticised the changes as “shambolic”, insisting that it could create a chaotic situation where laptops can be carried in the cabin of some airlines and not others.

A source at one British airline told The Times: “There is frustration here. The most helpful thing would have been for the DfT to say, ‘this is the date the laptop ban is lifted’ and only do it when every airline complies.

“Customers are going to be confronted with this ridiculous situation where they think, ‘hang on, I can fly with my laptop on Turkish but not with BA’.

“You have thousands of families flying at the start of the school holidays and it is going to be confusing for everyone.”

A ban on laptops and other devices above a certain size was introduced by the government in March.

It applies to all inbound direct flights to the UK from six countries — Turkey, Lebanon, Jordan, Egypt, Tunisia and Saudi Arabia.

Under the rules, laptops, tablet computers, e-readers, large phones, keyboards and external hard drives are banned from the cabin and must be checked into the hold.

It was imposed amid fears that terrorists linked to Islamist groups were plotting to put a bomb on a passenger airliner.

The UK has been under diplomatic pressure to lift its own ban, which affects 14 airlines, including six British carriers: BA, EasyJet, Jet2, Monarch, Thomas Cook and Thomson.

The DfT has now held talks with airlines, with a checklist of increased security measures being shared.

These are intended to be put in place at the departure gate just before boarding the aircraft, in addition to the traditional checks upon entry to the airport.

Airlines will be given the green light to announce the end of the laptop ban when DfT officials are satisfied they have met the enhanced measures.

Checks on airlines are expected to start on today, with the first foreign carriers announcing the end of the ban as early as Wednesday.

Emirates laptop ban lifted by the US with immediate effect