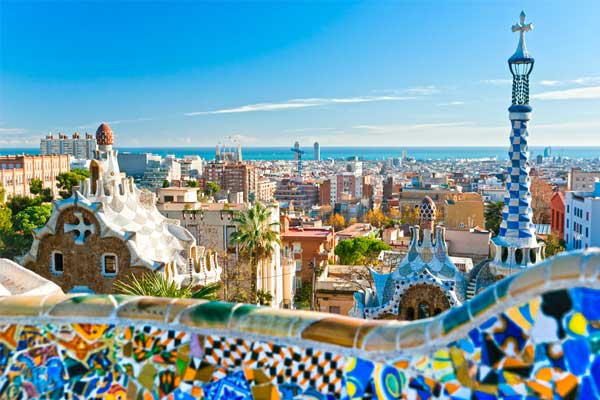 Changing trends in UK travellers have emerged in new research which shows Barcelona as the top overseas destination.

It tops a growing trend in interest for European cities, with locations such as Reykjavik, Budapest, and Dubrovnik all becoming attractive locations to visit.

Long-haul destinations, including Bali and Cape Verde, are also on the rise, according to the study by cruise agent Bolsover Cruise Club.

Focusing on which holiday destinations UK consumers were searching for on Google, the study looked into which locations have been increasing and decreasing in popularity over the past four years.

The research analysed more than 50 locations around the world and saw beach destinations such as Ibiza, the Maldives, Dubrovnik, Sorrento and Malta all showing increasing levels of search volumes.

Tokyo, Shanghai, Toronto, Reykjavik and Venice had the largest increases in search volumes for cities.

Bali came second with searches up 179% over four years to 47,900 a month, followed by Cape Verde, Budapest and Santorini.

But the once popular winter get-away location Amsterdam appeared to take a hit, with a 15% decline over the period – the biggest decrease out of all the destinations examined.

This was followed by Magaluf in Majorca with a 4% dip since 2013, likely to be due to tighter restrictions on late night drinking and partying enforced by Spanish police, making it a less desirable party destination for those wanting a raucous holiday, according to the study.

The US party city of Las Vegas had one of the smallest increases in searches, with only a 4% rise over the last four years.

Interest in European cities is growing with searches up 140% for Budapest, 106% for Reykjavik and 49% for Dubrovnik.

The study was also broken down to highlight the favourites from five major UK cities:

Bolsover Cruise Club managing director Michael Wilson said: “We were keen to get an insight into where the UK public are wanting to travel to.

“We’re often aware of travel trends amongst our friends and family, but we wanted to see how these look on a larger scale.

“Not only did we want to see which locations rose over the years, but also which destinations did the opposite and started declining.

“We didn’t expect Barcelona to receive as many searches per month as it did, but it’s clear that with its beach close to the city centre people are wanting the best of both worlds.

“The research reflects the changing trends for UK travellers and proves that people are always looking for new places to visit. It is interesting to think that a go-to destination one year could be a ghost town the next.”