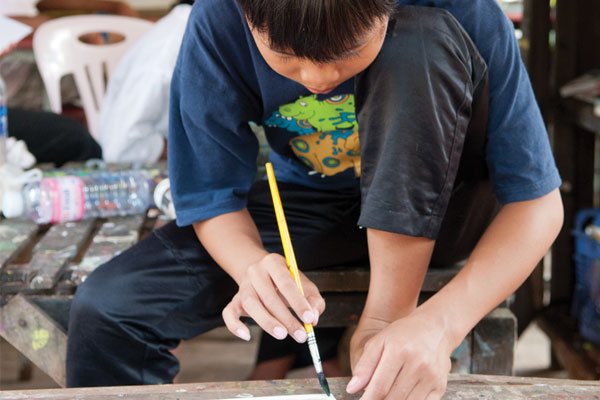 Many operators shout about their contribution to local projects. Here, we report on four schemes worldwide that welcome tourists.

“Smile! Do a big smile,” says the adorable six-year-old girl who seems fascinated with my camera.

Her use of English is quite outstanding and that alone is enough to get me smiling. She’s one of around 30 Cambodian children who live at educational orphanage Opportunities thru the Development of Art (ODA), just outside Siem Reap.

Within seconds of posing for a picture, I’m being whizzed off to see the little girl’s bedroom and given a grand tour of the property. The pride these kids have for their home is heartwarming – especially as many have been abandoned by their parents or orphaned through bereavement.

My visit to ODA was part of a Mekong river cruise with APT, whose itineraries start or end with excursions in Siem Reap. APT has supported the organisation for the past six years, helping to provide English schooling to some of the country’s most in-need and poorest youngsters.

These children are incredibly artistic, and are encouraged to paint pictures which are then sold to visitors to help fund the facility.

As I sat watching the young boys and girls paint contentedly, I felt compelled to help, and purchased a painting which is now proudly on display in my hallway.

But letting me watch wasn’t enough for this bunch. Before I knew it a paintbrush was thrust into my hand, followed by a palette of paints.

My poor efforts at painting a rabbit became a source of great laughter for the group.

It costs more than £25,000 to fund ODA annually, including nutritious food, education, teachers’ wages, stationery and general running costs. The organisation prides itself on its aim to be self-funded through the sale of paintings; however, until that point it remains supported by donations, including those from APT and its guests.

Book it: Guests on APT’s luxury or premium river cruises to Siem Reap are given the option to visit the school, with the line permitted to make two group tours a week. Each tour lasts up to 40 minutes. APT’s 15‑day Vietnam and Cambodia Highlights itinerary onboard AmaLotus operates between Ho Chi Minh City and Siem Reap and costs from £4,545, based on an August 30, 2018, departure.
aptouring.co.uk 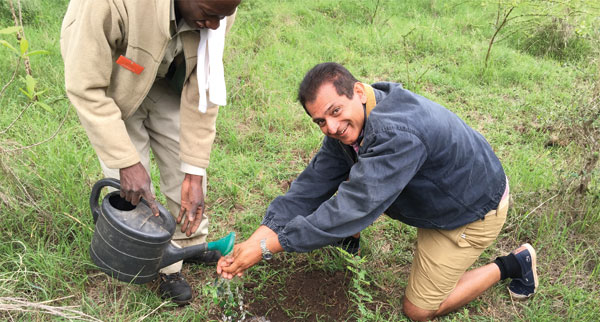 I was born in Kenya and I go back about four times a year, but one of the reasons I went on this fam trip was that I hadn’t been to any of the lodges that were featured. They were all fairly high-end, small properties, and all had an element of community work that goes on in their properties.

At Sanctuary Olonana, a tented camp in the Masai Mara, they have a project where every visitor who stays can plant a tree. You go out with a team, including the local resort manager and the horticulturalist, to a site about 10 minutes from the accommodation. 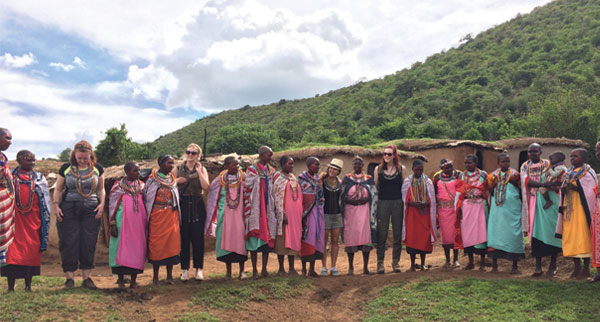 They talk about all the species of trees that are there – mine was an African olive tree – so it’s a chance to engage with the local environment.

There are a few other lodges that plant trees too, to replace any torn down by elephants. Typically, most tourists are going there to see wildlife on a safari, so this is a fun activity that’s a bit different; plus, at the back of your mind, it does feel like a worthwhile thing to do. They can even keep you in touch with how your tree is doing.

We also visited a project about 10 minutes away in a Maasai village, where local women make necklaces and bracelets to sell at the lodges and to send to Nairobi to be sold in the city centre. The visit is a way to feel closer to the people that live there, which is a part of what we try to promote – that’s enriching for me and for the people we send there.

Book it: A luxury tent at Sanctuary Olonana in the Masai Mara starts at $245 per night based on a three-night stay, valid November-December 20.
sanctuaryretreats.com
somak.com 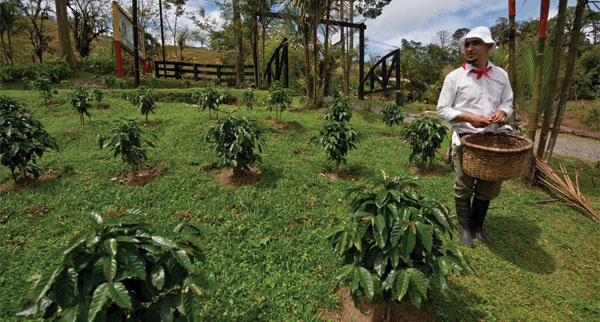 On a recent G Adventures trip through Costa Rica, I visited Mi Cafecito, a coffee plantation in the Sarapiquí region, which offers tours to help fund a cooperative.

Tours here began in 2011 after an earthquake caused the farmers’ economy to crash. G Adventures started bringing groups to the plantation a year later, trebling visitor numbers in its first year. Now, tourist numbers top 4,000 a year, ensuring a stable source of income for around 240 small coffee farmers. It’s one of several G Adventures projects across the world which come under its non‑profit Planeterra Foundation.

During the hour-long tour we were taken round the grounds – all lush green gardens and towering coffee plants – to learn about the stages of production: from planting and harvesting to drying, husking and roasting.

Our local guide and resident coffee aficionado Sergio, decked out in traditional attire, told us everything there was to know about the history of the trade in Costa Rica. We learned that capital San Jose was built on the profits of coffee exports and, as a result, was the first city in Latin America to gain electricity. He then handed us a shot of delicious, homemade coffee liqueur – and all before midday.

This was followed by a hearty local lunch of fresh tilapia with lashings of plantain, beans and rice, washed down with cups of freshly roasted, home‑grown coffee which – even to a non‑coffee-drinker like myself – tasted seriously good.

But best of all, it felt like we were doing some good. I’m told that, thanks to the tours, in 2015 the cooperative was able to increase dividends to all of its members, and the number of those members increased that year too – for the first time since the 2009 catastrophe.

“With the support from this project we can buy and maintain our machines – so it’s really important for us.”

Hearing the facts is one thing, but speaking to Sergio gave me a feel for the impact it’s had.

“There are many things we can do with the support from this project,” he said. “Coffee prices aren’t very good at the moment. With this we can buy and maintain our machines, and support our members – so it’s really important for us.” Tasting good and doing good? I’m sold.

Book it: Mi Cafecito features on seven G Adventures itineraries, including the nine-day Costa Rica Quest, which costs from £729 including accommodation, transport, guides and some meals and activities.
gadventures.co.uk 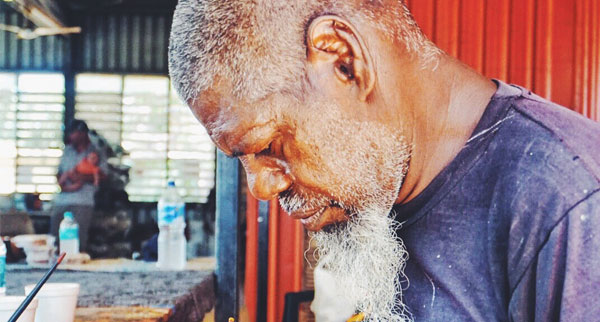 Going to the Tiwi Islands for a day trip was an amazing cultural experience, and one of the highlights of our fam trip around the Northern Territory.

We started in Darwin, then went to Litchfield National Park – which was amazing – and to Kakadu, where we saw lots of waterfalls and billabongs, all travelling in an off-road vehicle with Wayoutback.

We were welcomed to the islands with a local dance, where the men and women danced separately, tapping wooden blocks together and stamping their feet on the ground. Then we had to walk through the smoke of the fire to ‘cleanse’ us after coming from the mainland.

They cooked ‘damper’ bread for us, which was really good, then we had a go at traditional painting. They had a screen with pictures of wildlife – there were eagles, crocodiles, fish and men with spears – and they used it to paint the images on to silk.

We also had a walk round a village and church, saw a school, and went into a museum where they had some wonderful old photos. I’d never really known about the culture of Australia’s indigenous people, so it was interesting to see the local way of life, and nice to see the islanders benefiting from tourism.

We also went to a wallaby sanctuary near Kakadu National Park, where we did dot painting with bamboo and had the chance to listen to an Aboriginal speaker telling us about his life. It was amazing to sit and listen to his story, and it made all the Aboriginal culture we experienced hit home.

Book it: Viator offers a Tiwi Island Day Tour from Darwin from £213. Local operator SeaLink has a Tiwi by Design day tour from £209.
viator.com
sealinknt.com.au