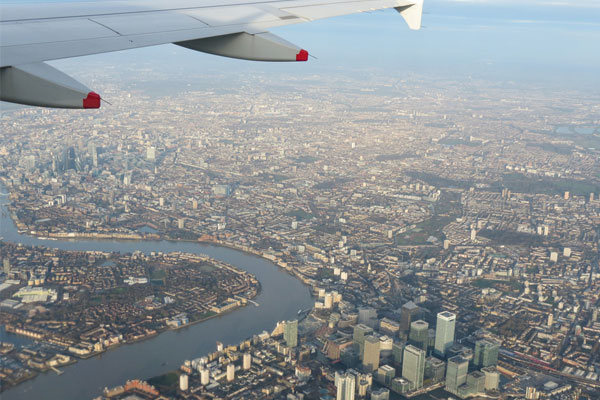 A new aircraft type will make non-stop flights from London City airport to New York, Moscow and Dubai a reality.

Flights by the new Bombardier CS100 aircraft, operated by Swiss International Air Lines, have just been launched between London City and Zurich.

However, the range of the aircraft means that it can fly nearly 3,500 miles, enabling non-stop flights to New York to be operated for the first time.

The aircraft, capable of handling 130 passengers but laid out by the airline to carry 108 with a business class, is claimed to be a “game-changer”.

The aircraft has been certified for JFK airport and Bombardier has two customers who want to operate the CS100 on transatlantic routes.

They are Odyssey, a start-up airline formed by ex-Goldman Sachs bankers and veterans of Virgin Atlantic and the defunct transatlantic business airline Silverjet; and Privatair, a privately-owned Swiss business jet operator.

London City’s current British Airways service to New York uses an Airbus A318 which has to stop in Shannon in the west of Ireland to refuel.

The airport’s chief commercial director Richard Hill told The Times: “We are very conscious of what the aircraft can do for us. It opens up routes to North America, Russia, west and north Africa and the Middle East.”

The arrival of the C Series comes as London City’s new owners — two Canadian pension schemes which bought the airport for £2 billion last year — have given the green light to a £370 million expansion to increase the number of flights by 40%, raising passenger capacity from 4.5 million a year to 6.5 million.

Rob Dewar, the Bombardier executive overseeing the development of the C Series, said the aircraft is designed to serve “challenging” airports by having the capability to come in steeper than a larger jets.

It is also aimed at filling a gap in the market – regional jets tend to have a maximum capacity of 100 seats; Boeing and Airbus aircraft start at about 150-seats.

The idea is that the C Series is for airlines serving routes where there are too many passengers for an Embraer regional jet but not enough to fill a Boeing or an Airbus.

Swiss and Air Baltic are operating the aircraft, while Korean Air Lines, Delta Air Lines and Air Canada are due to take deliveries soon on a production run of more than 40 a year.

Dewar described the inaugural service into London City as a “historic milestone”.

He said: “It is a demonstration of what this aircraft can do. It is a fact that 75% of flight departures around the world are on aircraft with fewer than 150 passengers.”