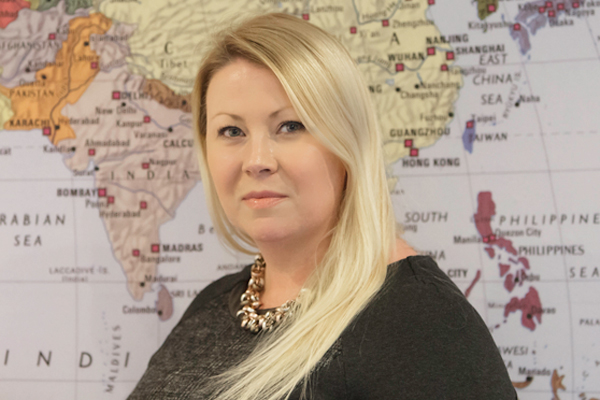 Leading travel agent Haslemere Travel has left Abta to join the Travel Trust Association after the ending of a joint-administration Atol offered by the trade association.

Officially the retailer left Abta at 4pm yesterday shortly after it sent an email to 4,000 customers promoting the 100% financial protection it will be offering under the TTA.

Gemma Antrobus, managing director of Haslemere Travel, said she did not expect any negative impact on her business as a result of not being able to display the Abta logo.

“Our brand is far stronger to our clients than being a member of Abta,” she said.

“If you say to clients you offer 100% financial protection they don’t really give a monkeys what badge you have over the door.”

The Abta Atol joint-administration scheme was brought in in 2012 when the scope of financial protection was extended and more agents were required to have licences.

However, the CAA decided to transition the 180 Abta agents due to renew licences this September and next March under the scheme either into full or small business Atols.

The association said it has lost only one member due to the change because it chose not to deal directly with the CAA for its Atol requirements.

John de Vial, Abta director of financial protection and financial services, said: “We are sorry to lose any member, but we feel that this member’s decision is driven by other issues.

“They will lose the use of the Abta logo and all of Abta’s other services and consumer assurance. We respect their decision and wish Gemma well in the future.”

Antrobus described the change a “massive” for the business and said joining the TTA was not a “snap decision”.

“A huge amount of work has gone into this,” she said. “It means we are still independent, nothing is different, our money is just held in a trust account.”

The TTA, which is owned by sister consortium Worldchoice parent The Travel Network Group, offers members Atol licences under a special franchise arrangement with the CAA.

Antrobus said she could have opted to work directly with the CAA or with another Atol provider, but preferred to have everything administered through one organisation.

She said she was not intending to join a consortium but while doing a thorough assessment of the options she came across the TTA.

Following a face-to-face meeting with consortium bosses she said she was convinced about the advantages of joining.

And she said once she had started discussions with the TTA she realised there were other “bells and whistles” benefits of joining the group beyond Atol cover.

“It came down to the people in the end,” said Antrobus. “I really felt I was speaking to people who understood our business and would back us as an extension of our business.

“If you are going to work with someone you really need them to be on your side and in your corner.

“I feel they have made the process, while laborious, as straight forward and as simple as possible.”

“Gemma runs an impressive business at Haslemere Travel and as the Chairwoman of Aito Specialist Travel Agents, she is a very much admired and respected in the UK Travel Industry.

“Both our organisations have worked extremely well together over the past few weeks and we know that Haslemere will be a strong addition to our growing membership.

“We feel incredibly honoured that Gemma has chosen us to partner with and look forward to a long and successful business relationship.”

In the email to customers Haslemere Travel said: “One of the primary reasons for us joining the TTA is that we are committed to putting the safety and security of our clients and their monies first and foremost.

“Uniquely, The TTA provides 100% financial protection to you our loyal clients, regardless of the service or holiday you have booked or how much you have paid. Every single penny is secured in a trust account and guaranteed by the TTA.”

Antrobus said: “We always talked in the past about being Atol protected but we’ve never used the strapline of being 100% financially protected before.

“Of course you want to use that to your benefit because it’s a massive marketing message to go out to clients with.”

Antrobus said the switch will make no difference to its clients in terms of how the agency operates or the operators and product it sells.

Haslemere Travel has not been a member of a consortium for over eight years since it left TTA rival Advantage.

Prior to joining the TTA it had its own Atol, number 10640, which was licenced to carry 500 passengers in the year to September 2017.