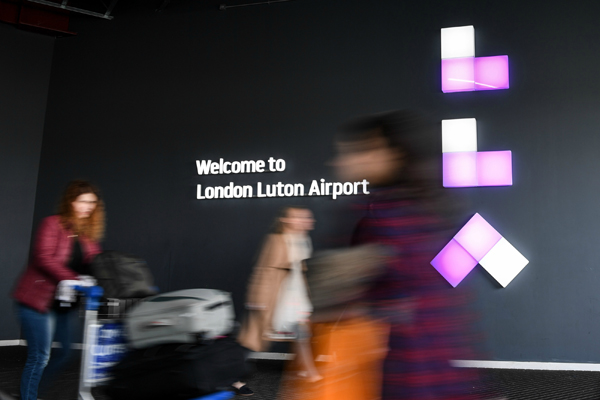 Luton airport is moving forward with plans for improved transport links on the back of a record summer.

Passengers using the airport grew by 6.8% year-on-year in August to 1.6 million, representing the 41st consecutive month of growth.

A total of 4.7 million passengers were recorded between June and August, a 7% increase compared with the same period last year, making it the busiest summer in the airport’s 79-year history.

The airport is working with the Department for Transport and rail operators to secure a dedicated airport express-style rail service as part of an upcoming East Midlands rail refranchising process.

Once complete, it will operate 24 hours a day and replace the current shuttle bus.

The planned public transport enhancements are in addition to development plans to help the airport increase annual capacity by 50% by 2020.

Chief executive, Nick Barton, said: “This summer we welcomed a record number of passengers to the airport, highlighting our continued popularity with business and leisure travellers alike.

“Upgrading our transport links is essential to meeting this demand. We want to create an express-style service with four fast trains per hour, which will speed up our passengers’ journeys and provide essential capacity.

“It will also allow us to make Luton Airport Parkway station an integrated transport hub which will benefit the UK, the three counties region and bring us in line with the other major London airports.”