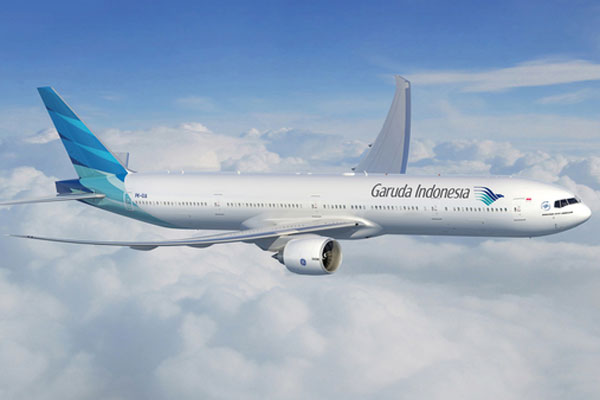 Garuda Indonesia is to run the only non-stop flights between Jakarta and London this winter.

The revised service will mean cutting out a stopover in Singapore.

The new schedule will see flights running on Tuesdays, Thursdays and Saturdays using Boeing 777-300ER aircraft in a three-class configuration.

The airline has also amended flight timings to boost connections from the UK to Australian cities such as Melbourne, Sydney and Perth; Hong Kong, Tokyo and Seoul as well as Beijing, Chengdu, Guangzhou and Shanghai in China.

UK and Ireland general manager Boydike Kussudiarso said: “Operating non-stop flights from Jakarta to London has been a significant goal of ours for many years, even more so since the new Terminal 3 at Jakarta’s Soekarno-Hatta international airport – which opened just last year – became our home this May.

“We wanted to introduce the non-stop service to reflect Jakarta’s growing profile as a hub for international and domestic travel, allowing UK travellers and our SkyTeam frequent travellers better connections to more destinations.

“The new service will mean that we can offer the only non-stop links between the UK and Indonesia, making us a desirable airline for business and leisure travellers alike travelling between the two countries.”