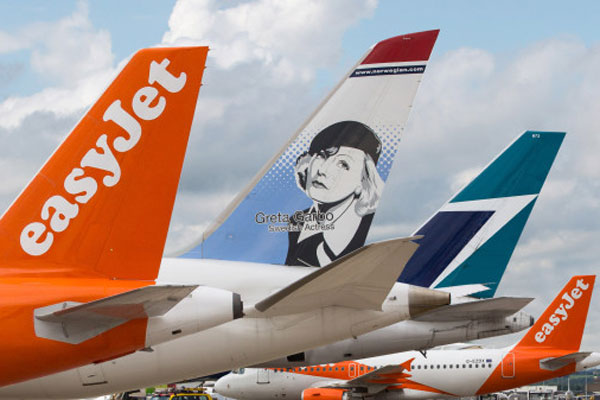 A Gatwick hub is being created to feed easyJet short-haul passengers onto a growing network of long-haul routes operated by Norwegian and WestJet.

The ‘Worldwide by easyJet’ platform is to be expanded in future to other key airports in Europe where Norwegian offers long-haul connections such as Paris Charles De Gaulle and Barcelona.

Single bookings will be offered for the connecting flights.

Norwegian’s long-haul network now includes more than 55 routes from Europe to the US, Asia and South America.

The airline already runs long-haul flights to 13 destinations from Gatwick, including 11 US cities, plus Singapore and Buenos Aires.

EasyJet is in “far advanced” talks carrier from the Middle East and Asia to expand the flight connections concept.

The UK budget carrier is also starting to sell stand-alone tickets on behalf of partner airlines alongside the connectivity option via easyJet.com.

Loganair is signed up as a further launch partner with its tickets to be available on easyJet.com from next month.

The appeal to the partner airlines is access to one of the biggest travel websites in Europe with around 360 million visits in the past 12 months, according to easyJet.

EasyJet claims to fly on more of Europe’s 100 largest routes than any other airline.

‘Worldwide by easyJet’ is subject to a 2 hour 30 minute minimum connection time.

Technology partner Dohop will be providing the technology platform for Worldwide by easyJet.

EasyJet chief executive Carolyn McCall said: “Around 70 million passengers flying through an easyJet airport each year are connecting on to other flights, mainly long haul, and it is this market segment that Worldwide by easyJet will open up for us.

“Because of easyJet’s strong positions at Europe’s leading airports and our customer focus long haul carriers have been asking to work with easyJet for some time and the new technology platform has now allowed us to do so.

“Our own customers and those who fly with other airlines, short and long-haul, have also asked us to make it easier to connect with easyJet flights and this simple booking platform makes it easy for them to do so.

“By opening this new market segment this now means that easyJet can access a greater range of passengers flying across Europe.”

The carrier’s chief commercial officer Peter Duffy said: “The way we have designed ‘Worldwide by easyJet’ means that we can profitably access a major new pool of customers without undermining easyJet’s operating model and industry leading punctuality.

“We know there is a real customer demand for making flight connections on easyJet easier.

“Almost 200,000 easyJet passengers a year already self-connect their easyJet flights through Gatwick. That’s 1% of our passengers at the airport and that doesn’t include those connecting between easyJet and long-haul flights.

“Whilst Worldwide by easyJet is launching with our largest base London Gatwick we will broaden our focus to include our other biggest airports – such as Milan Malpensa, Geneva, Amsterdam, Paris Charles De Gaulle and Barcelona. Between them they have tens of millions of connecting passengers each year whose journeys start or end in Europe.

“Worldwide by easyJet will also allow airlines with complementary networks to easyJet to sell their seats to our customer base – accessing the 360 million visitors to easyJet.com every year.”

Norwegian chief commercial officer Thomas Ramdahl said: “Travel should be affordable for all so we are delighted to partner with another quality low-cost airline like easyJet to offer passengers even more choice.

“We already see a large number of passengers making connections between Norwegian’s own long-haul and short-haul networks and we welcome initiatives like ‘Worldwide by easyJet’ that give customers even more opportunities for affordable transfers between flights.

“With Norwegian’s growing long-haul networks and easyJet’s extensive European routes, millions more passengers will have the chance to travel to some of the world’s top destinations, all with great fares, smooth connections and a quality service.”

“Many of our guests already self-connect between WestJet and easyJet flights, and this new booking tool will make it easier than ever before to travel throughout Europe from Canada and back.”

“EasyJet is our biggest airline and by partnering with GatwickConnects, easyJet passengers can easily and quickly self-connect with other flights in Gatwick’s diverse network of flights including our 60 long haul routes.”