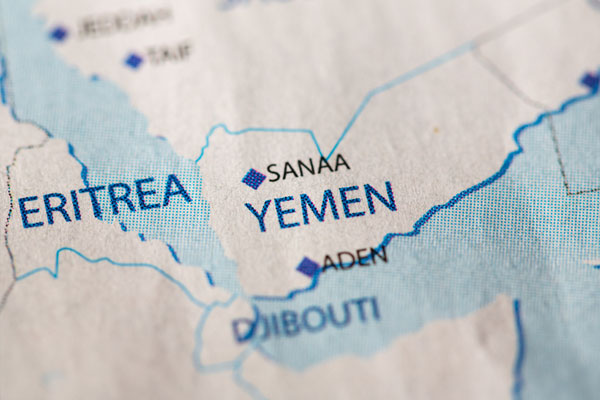 A new Norwegian Boeing 787-9 Dreamliner filled with emergency aid for children in need in Yemen took off yesterday.

The aircraft used for this mission was delivered to Norwegian last week and is the airline’s first Dreamliner with a UNICEF livery.

The aircraft’s cargo old was filled with emergency aid as part of a decade-long arrangement with corporate social responsibility partner, UNICEF.

Providing the children of Yemen with nearly 28 tons of essential medications, water purification tablets and community kits will help UNICEF to ensure a steady flow of supply for the most vulnerable.

The flight left Copenhagen this morning and was arrive in Djibouti, the closest safe point to bring cargo to Yemen, last night.

All cargo will then be shipped across the Gulf of Aden to Yemen.

It was the fourth – and largest – humanitarian flight to date and was led by the low coast carrier’s founder and CEO Bjørn Kjos.

He said: “Our relationship with UNICEF is the most important of all our external relationships.

“With the ongoing crisis in Yemen and the recent cholera outbreak, this mission is more important than ever.

“It is also great opportunity to engage our staff, who are passionate about these issues. We look forward to conducting even more missions like this with UNICEF in the future.”

Camilla Viken, of UNICEF Norway, said: “It is inspiring to see the genuine commitment of Norwegian and its employees.

“This cargo will make a difference in children’s lives. We are grateful that they use their core competencies to support children in need.”

Besides emergency aid, the flight raised almost $25,000 for UNICEF as Norwegian auctioned a number of seats to aviation enthusiasts who joined the flight.

Norwegian and UNICEF have conducted humanitarian aid missions since 2014 to the Central African Republic, to Syrian refugees in Jordan and to Mali.

Together, the partners have brought emergency aid that has saved more than 100,000 children’s lives.