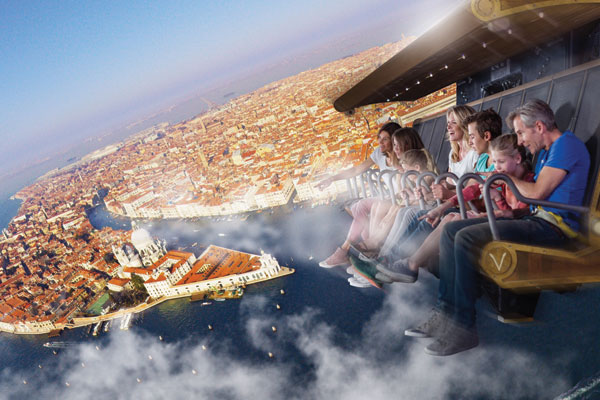 “How thoughtless,” I tut to myself, looking up at the raggedy washing line hanging overhead, spoiling the pretty Italian scene. “Why would they think we want to see their Nonna’s big bloomers while we’re eating our bruschetta?”

Snapping back to reality, I remember that I’m not actually in the narrow back streets of Rome at all, but in the Antica Roma restaurant of the Hotel Colossea in Germany’s Europa-Park Theme Park & Resort.

It’s one of five – soon to be six – four-star themed hotels here, and it’s just this attention to small, atmosphere-setting details – up to and including Nonna’s knickers – that explains this theme park’s success.

Although smaller in scale than its Orlando counterparts, Europa-Park – a 45-minute transfer from Switzerland’s Basel airport – still boasts more than 100 attractions, and has laid the foundations for an enormous water park, set to open in 2019.

And a big part of its appeal is its history. Fittingly for a destination that trades in fantasy and make-believe, it has its own rags-to-riches tale to tell.

From fairly humble beginnings as stagecoach makers in the 18th century, founders the Mack family graduated to carousels, before building their first wooden rollercoaster in 1921.

When Franz Mack subsequently opened the theme park in 1975, it was to a chorus of derision, so today’s success – around 5.6 million people visited in 2016 and the park has turned the neighbouring town of Rust, once a dirt-poor farming area, into an affluent place – is all the sweeter. 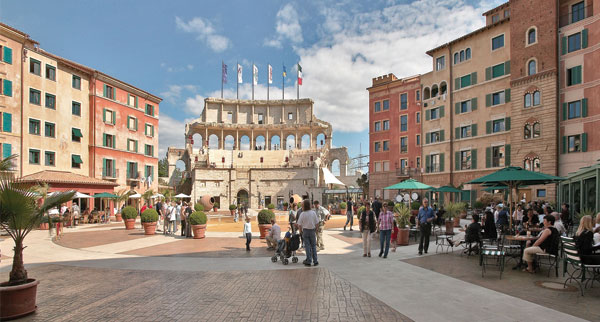 Europa-Park’s selling point is that visitors can explore all of Europe in one day, with 15 carefully designed ‘countries’ to explore.

A great scene-setter is the Voletarium, described as the continent’s largest flying theatre. The slick attraction opened this year with an immersive experience that starts in the queue – a clever distraction from the long wait during peak times. After snaking through a magical entrance, where Harry Potter meets Around the World in 80 Days, a short film introduces you to the pioneering aviators and inventors, the Eulenstein brothers, before 140 passengers are strapped into the chairlift-style flying machine to swoop and soar through the skies above Europe.

Beamed on to epic 21-metre-wide screens, special effects like wind, water and the scent of forests add another level of believability to the spectacular ride. (As do the slightly terrifying plunges towards the ocean.)

White-knuckle ride fans will head straight to the terrifying rollercoasters, which include the Wodan-Timbercoaster. The ride creates a sinister-looking backdrop in the Iceland-themed area, and at 1,050 metres long and 40 metres high, reaches speeds of over 60mph and a vertical acceleration of up to 3.5G. 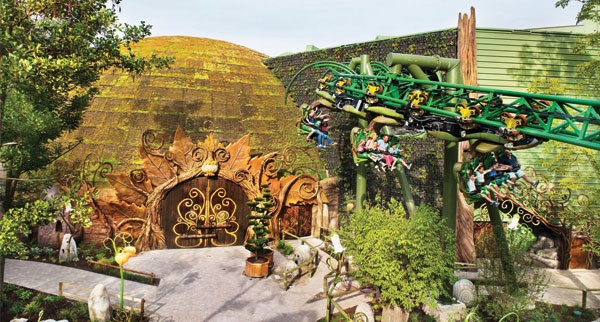 Europa-Park is definitely geared more towards the family market, with many gentler rides on offer. There are also 23 hours of shows a day to choose from, including themed ice shows. Like Disney, the park also has its own cute small mammal as mascot. Ed Euromaus busts some serious moves during the joyful parade that takes place at 2pm every day through the centre of the park.

The Arthur ride in the Minimoys Kingdom, reached via Grimm’s Enchanted Forest, is a definite highlight and certainly delighted this big kid at heart. It’s based on the hit English-language French animation about a boy called Arthur who discovers a land of creatures no larger than a tooth in his garden. The film’s director, Luc Besson, collaborated with the designers, and the result is slick and seamless.

You’re whisked into the Minimoys’ fantasy world to a land of colossal ladybugs, huge blades of grass towering like skyscrapers and giant frogs croaking at ear-rattling decibels, and you’re guaranteed to emerge into the real world with a silly grin on your face.

However, at the risk of sounding Grinch-like, some older attractions are beginning to show their age. Pirates in Batavia, a slow boat ride around various time-worn dioramas, offers a kitsch charm for visitors of a certain vintage, though the Apple generation just won’t ‘get’ it.

But make no mistake: the ambitious Mack dynasty is entirely serious when it comes to the fun business. With a new water adventure world set to open in 2019, this company is moving forward faster than the wheels on its founder’s first stagecoaches.

Book it: Fred Holidays offers a two‑night break during October half‑term with two-day park passes, Gatwick flights to Basel, transfers, and a four-bed room in the Castillo Alcazar on a B&B basis, from £1,809 in total for two adults and two children under 12.
fredholidays.co.uk

With its first foundation stone officially laid just a fortnight ago, the countdown to the opening of Rulantica – a vast new water world – has begun. Set a five-minute ride from the main park, the site is as big as 63 football pitches and £150 million has already been invested in preparing the infrastructure. The major venture is based around a Nordic ‘Atlantis’, a mythical world deep under the ocean. Rulantica will be home to 25 attractions, including 17 spectacular water slides, and Germany’s largest indoor wave pool.

There are five themed hotels, with a sixth, Kronasar, set to open inside Rulantica. They include the Spanish villa-style Hotel El Andaluz and the New England-themed Hotel Bell Rock. Families on a budget can opt for the Europa Park Camp Resort and stay in covered wagons or tepee tents.

The park also boasts a two-Michelin-starred restaurant, the Ammolite, but the Loop Restaurant is huge fun and shouldn’t be missed. Here, food and drink seemingly arrives from the sky, whizzed to tables by a Spaghetti Junction-style network of metal looping tracks. Now that’s what you call fast food.