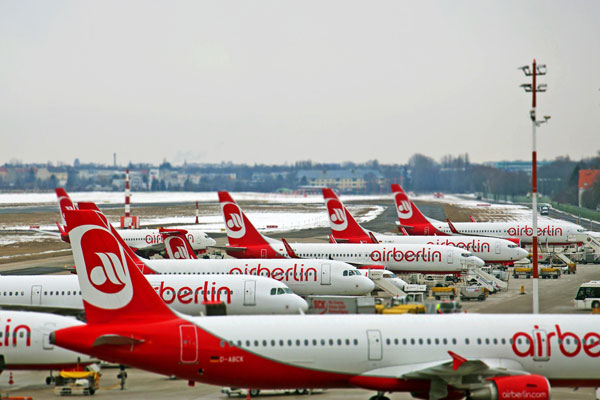 A Lufthansa deal to acquire parts of failed German carrier Air Berlin is set to be challenged by Ryanair.

The budget Irish airline said it would take the €210m deal to European competition authorities.

Air Berlin filed for bankruptcy in August after its main shareholder, Etihad, said it would not give further financial support.

Flights continued after a transitional loan of €150 million from the German government.

Germany’s second-largest carrier has since been negotiating with potential buyers for parts of its business.

Ryanair previously described the negotiations as a “stitch-up” intended to strengthen Lufthansa.

“We will be referring the matter to the EU competition authority in due course,” a Ryanair spokesman.

Andreas Mundt, head of Germany’s cartel office, said the European Commission would take a close look at the deal and that German authorities would follow the process closely.

Air Berlin, which accumulated debt for almost a decade, reported a record loss of €782 million for last year.