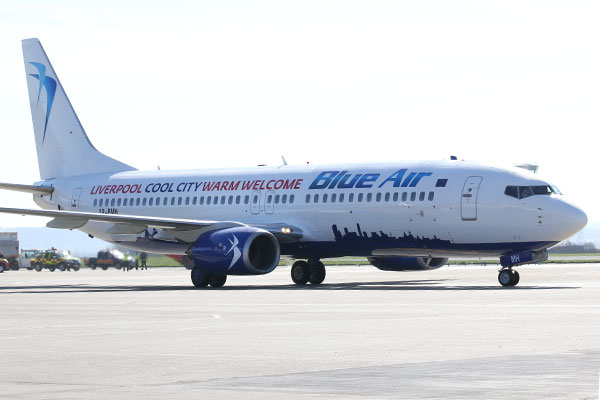 Passengers are being asked which destination they want to see served next summer from Liverpool John Lennon airport.

Romanian carrier Blue Air is giving the region’s travellers the chance to submit destinations they wish to see served in its summer 2018 schedule.

Travellers who suggest the new destination chosen by the airline, will all go into a draw to win two flight tickets.

The move comes almost a year since Blue Air asked local people to design the livery of its first UK-based aircraft at Liverpool airport.

The airline’s sales and marketing manager for the north-west, Elena Signorelli, said: “This is a great opportunity for us as to get to know the local people and to help Blue Air choose a new destination for next summer, which they could then win free flights to.

“We have said since day one that we want to be seen as the region’s airline, and there’s no better way to demonstrate this by asking passengers where they would like us to fly to next.”