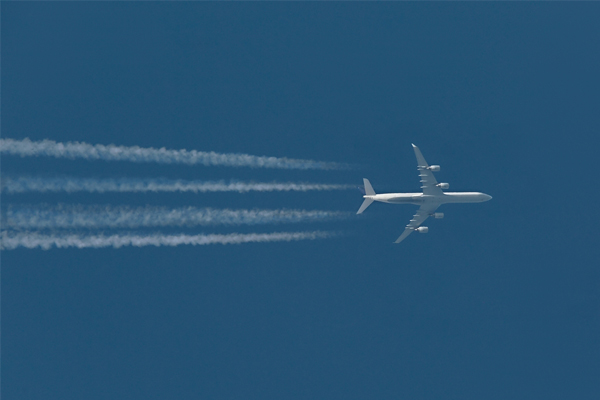 UK airlines are reportedly drawing up contingency plans to update websites with notices alerting passengers purchasing advance tickets that their bookings cannot be guaranteed after Brexit.

The move, which has been discussed with the government, would be introduced in spring next year if Brexit talks are still deadlocked.

It would apply to all tickets sold to EU destinations and up to 17 other countries, including the US, where British airlines’ legal flight rights are overseen by Europe-wide agreements.

While airlines say they would refund customers the cost of their tickets, they would not pay compensation for other costs as they are obliged to do under EU law presently.

The action is being taken because the rights of UK airlines to fly to European destinations are legally based on existing EU regulations, which will cease to apply after Brexit, The Times reported.

While the aviation industry says it is “optimistic” that a new deal will be struck to maintain present arrangements, there is concern that negotiators could be hampered if the EU insists the UK abide by aviation rulings made by the European Court of Justice.

Ryanair has also warned of a “noticeable lobbying effort” by French and German airlines to disrupt flights between the UK and the 27 countries remaining in the EU. Those countries account for a small proportion of its traffic but it would significantly disrupt UK-based competitor airlines.

This has led to concerns that any future EU-UK bilateral aviation deal could be more restrictive than the existing arrangements.

Most airlines typically set schedules and put tickets on sale about a year in advance.

However, Thomas Cook has already tightened its terms and conditions as it is about to start selling holidays that begin after the UK leaves the EU in March 2019.

It has inserted a clause stating that it will not be liable to pay compensation or reimburse expenses for delays caused by “airspace closures”, although it will refund tickets, the newspaper reported.

Other airlines are understood to be consulting lawyers and drawing up similar plans.

“We are selling holidays for the post-Brexit world, so we are preparing the business to operate in that environment,” a Thomas Cook spokesman said. “We do expect some form of agreement on aviation but we now need urgent clarity from government.”

The move comes after transport secretary Chris Grayling reportedly clashed with chancellor Philip Hammond over the potential impact of Brexit on the aviation sector.

Hammond said last week it was “theoretically conceivable” that flights could be grounded if no deal was struck with the EU to replace the present open skies agreement that covers all European airspace.

Grayling, giving evidence to the transport select committee on Monday, said that such a move was “inconceivable”. The transport secretary, who supported the Leave campaign, said that it was of “no benefit to anybody” for there to be no deal on aviation.

He added that he believed the airline industry did not need reassurance that concrete plans were in place for “some considerable time”, suggesting that next summer could be the cut-off point.

Senior airline industry sources rejected this, pointing out that most tickets would go on sale before then.

Tim Alderslade, chief executive of Airlines UK, said they were “engaging with departments across Whitehall and talking through the impact on aviation”.

“The main thing is we don’t have the WTO [World Trade Organisation rules] fallback like other sectors and carriers need clarity owing to the lead-in times for selling tickets,” he said.