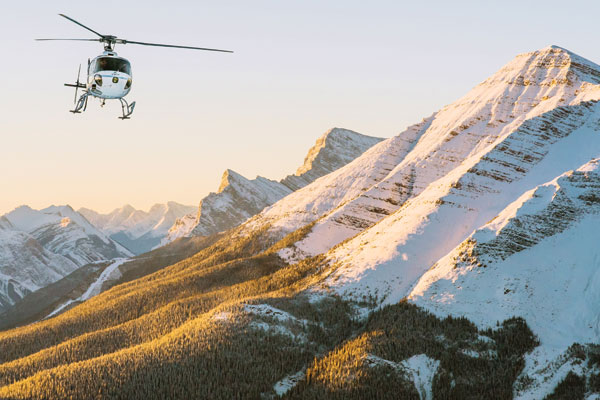 Canada’s best winter activities are worth braving the cold for, finds Laura French.

Canadian winters might be cold, but what they lack in heat, they make up for in everything else: jaw-dropping landscapes dusted with glittering snow, northern lights painting skies ethereal green, and world-class ski slopes plunging into dramatic valleys – all without the crowds you’ll find in spring and summer.

Factor in cheaper rates, a host of adventure activities and a mass of cultural festivals, and it’s hard to find a reason not to sell this most glorious of destinations in the off-season. But with such a huge landmass to contend with, it can be a challenge to work out where’s a yes-please and where’s a no-go at this time of year. To help navigate the various territories, we’ve compiled a low-down on where to send clients of every type when the nights draw in and the fairy lights turn on. 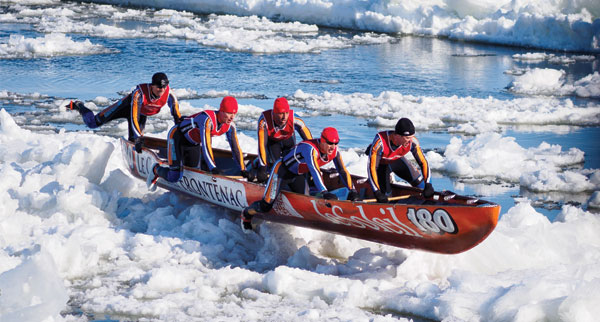 Winter in the Rockies is pretty spectacular, with mountain peaks turning white, lakes glowing aquamarine and Christmas-tree pines standing out against the snow and crisp blue skies.

Husky sledding, snowshoeing, snowmobiles and sleigh rides are all popular, but for a really special experience, suggest an ice walk at the Maligne Canyon, 10 minutes north of Jasper. Adventurous souls are taken along the frozen floor to marvel at ice sculptures, caves, fossils and frozen waterfalls, while learning about its extraordinary topography.

“It’s a unique and impressive adventure, and perfect for those who do not ski or snowboard,” says Tim Greathead, Canada product executive at Premier Holidays, which offers the activity as an add-on to its self-drive tours in the region.

Or try: Over in Quebec, you’ll find an equally vibrant activities scene, including dogsledding in Jacques Cartier National Park and, for the ultra-hardy, ice climbing in Montmorency Falls National Park; think scrambling up cascades of ice frozen in time, mid-flow, into a bright, iridescent blue. 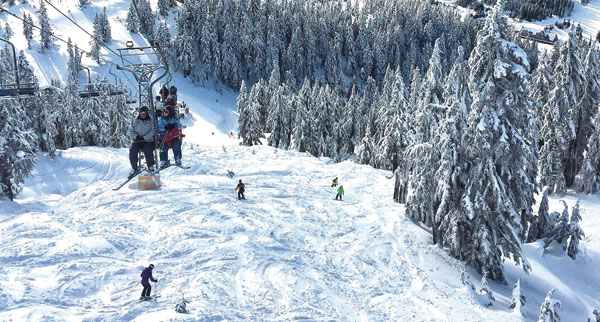 It would be sacrilege to skip skiing when it comes to Canadian winters, and Whistler takes the crown with its reputation as North America’s number-one ski resort. Three glaciers and 200 marked runs lure advanced skiers, and new terrain at the Olympic Zone aims to extend its appeal to beginners.

Those looking to get more adventurous can try cat-skiing – snowcat vehicles taking skiers to normally inaccessible locations – at nearby Fernie Alpine Resort and, as of this coming season, Revelstoke Mountain Resort. Here, they’ll find heli-skiing and tandem paragliding on skis, all accessible via a new one-hour direct flight from Vancouver with Revelstoke Air (every Thursday, returning on Sunday), or via connections to Kelowna.

“For the ultra-hardy, try ice climbing: think scrambling up cascades of ice frozen in time, mid-flow, into a bright, iridescent blue.” 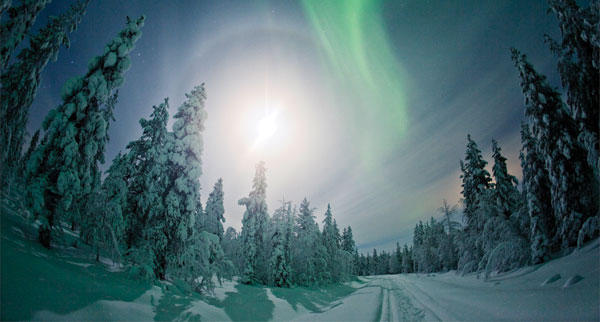 Clear Arctic skies and minimal light pollution make Canada’s Northwest Territories – the ‘aurora capital of the world’ – a magnet for those on a mission to glimpse this colourful phenomenon, and mid-December to mid-April offers the best chance of seeing them.

Prestige Holidays has a new five-night package in the region for 2018, which takes aurora-seekers from capital Yellowknife to the idyllic Blachford Lake Lodge, set on a remote 10-mile-wide lake. Activities on offer include igloo building, snow sculpting, ice fishing and aurora photography, while heading out on two-hour excursions centred on the lights.

Or try: Neighbouring province the Yukon makes an excellent alternative. Kuoni offers a four-night Northern Lights of the Yukon trip from August to April, taking guests on small-group visits to prime viewing areas.

Canada is hardly short of hotspots for wildlife lovers, but for something different, suggest the Cariboo Mountains in British Columbia. Timber wolves, cougars, lynx, otters, wolverines and moose rub shoulders with the iconic caribou, and come winter, visitors can explore its silent forests, lakes and alpine valleys on snowshoes.

Or try: Between late February and March, about 250,000 harp seals migrate from Greenland to the Gulf of St Lawrence in Quebec, giving birth to baby seals on ice floes around the Îles de la Madeleine. Seal-watching excursions take visitors from Quebec City to the Magdalen Islands via helicopter, giving visitors the chance to glimpse these tiny, silky-smooth creatures up close. 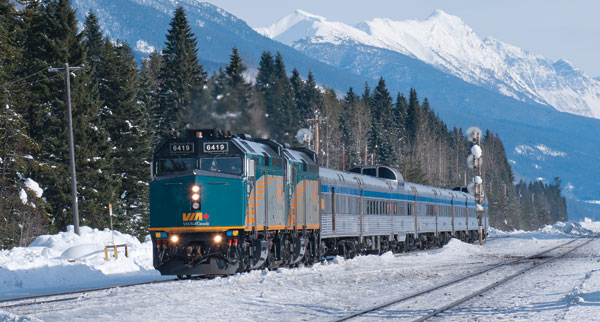 Rocky Mountaineer might be reserved for spring and summer, but you needn’t rule out a trip on tracks here altogether. Via Rail’s Canadian Snow Train meanders through Canada’s mountain-drenched landscapes all through the colder months, taking passengers from Toronto through Ontario, Manitoba, Saskatchewan, Alberta and British Columbia via forests, lakes and the Rockies, before winding up in chilled out Vancouver. If clients fancy giving it a go for just one night, suggest First Class Holidays’ Snow Train to the Rockies, which combines a trip on the train with visits to Jasper, Banff and Lake Louise, throwing in various adventures along the way.

Or try: Clients who’d rather take to the wheel themselves are in luck. Canada welcomes scenic drives year-round, from the glacier-gifted Icefields Parkway, linking Jasper and Banff, to the Sea-to-Sky Highway, which starts in Vancouver and ends in rural British Columbia, with pleasingly mild temperatures, even in midwinter. 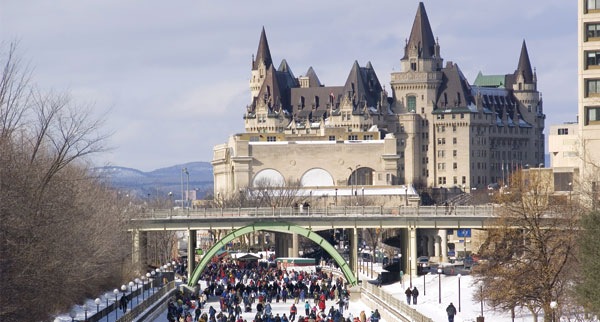 Quebec City gets lively in the winter months – especially when the Winter Carnival descends, bringing more than 200 activities to its quaint, cobbled streets and making it the biggest of its kind on the planet. Night parades with vibrant floats, marching bands, dance troupes, dogsledding and more are all on the agenda, but it’s the ice canoeing that stands out. Unique to Quebec, crews of five row their canoes along the ice-covered St Lawrence River, getting out to push them across the frozen parts. Operators offer trips for anyone wanting to try it themselves, but for those content with watching, a host of races take place as part of the festival.

Adding to the ice magic, Travel 2 recommends the Hotel De Glace – Quebec’s answer to Sweden’s Icehotel – which is open between January and March and located 10 minutes outside the city.

Or try: Ottawa has its own answer to Carnival in the form of Winterlude, featuring snow and ice sculpture competitions, snow playgrounds and sports events for two weeks in February. Don’t miss skating on the frozen Rideau Canal, which stretches almost five miles – making it the biggest natural ice rink in the world – and welcomes more than 19,000 visitors a day in winter.

Pick of the best winter festivals 2018

Travel 2 offers two nights in a standard room at the three-star Hotel de Glace and three nights at the four-star Hotel Chateau Laurier in Quebec (both room-only) from £1,329 per person, including return coach transfers and Air Canada flights from Heathrow. The price is for travel between February 20 and March 12, 2018.
travel2.com