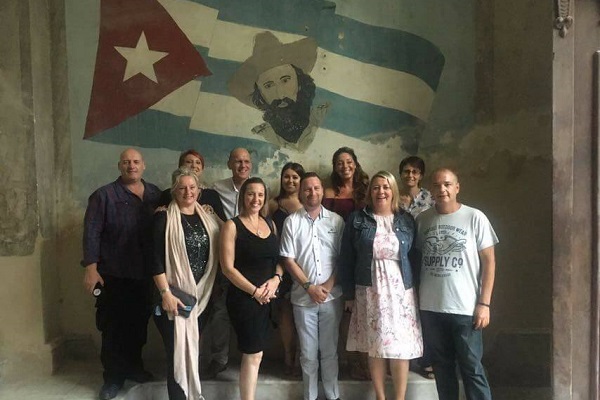 “So, how do you cope in the aftermath of a category five hurricane?” was the question I put to Diana, one of the fantastic Cuba Holidays reps based out in Varadero. The answer was a shrug of the shoulders and a very simple “we just do”.

When Irma struck there were media reports of ‘crippling power outages’ and images of children in Havana swimming at the city’s tunnel entrances, both of which were very swiftly filed under “old news” in the country as electricity was restored within 48 hours and the tunnels re-opened within two weeks – such was the speed and scope of the response from government services and the military.

On the recent Cuba Holidays and Virgin Atlantic fam trip, myself and the agents attending were fully expecting to see some of the damage left in the wake of this devastating weather system but it was genuinely hard to see what had changed, this being my sixth visit to Cuba.

Upon walking around Havana’s magnificent Parque Central, a very close look revealed a palm tree branch hanging at a slightly unusual angle but this was the only visible sign of what had gone before. Bathed in glorious sunshine and with the charming hustle and bustle of this amazing city in full swing all around, the message became very clear: it is business as usual. 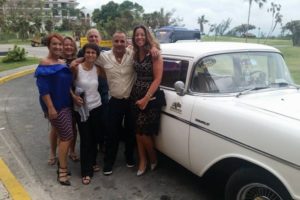 The classic American cars are still on the lookout for potential passengers, the peanut sellers are still practicing their English, ladies dressed in colourful clothes still puff on cigars eagerly awaiting a photo opportunity and the new private restaurants that have opened this year are full of customers watching the world go by from their tables framed by decorative shutters.

As is the Cuban way, out of perceived adversity comes a spirited response, a determination to make things better than before and hotels are taking advantage of the low season to improve services and facilities. This is no more visible than in the stunning resort of Varadero, just two and a half hours away from the famous capital.

Where a simple patch-up job on a damaged thatched roof would have sufficed, that roof has been completely stripped and re-thatched and the restaurant below it painted for a fresher look; where a small outdoor beach bar had once been, a proud new restaurant is nearing completion.

Looking around one hotel in Varadero I happened to notice a slightly different coloured roof tile on an entrance porch. The General Manager looked to the floor in embarrassment and assured me that the correct tiles were on their way – which made me feel embarrassed in turn, about the many jobs that I have been promising to finish back home. If only I was Cuban…

The beach, one of the best I have visited, is even better than before as it has actually widened in places – one of the strange consequences of the hurricane. It looks absolutely beautiful, with sun-bathers on loungers all sipping rum and swimmers diving into the warm, tropical sea.

When I asked one Cuban why there are so many statues of lions in Havana, the response was: “The lion symbolises the strength and pride of the city’s people”. Well, this recent visit served to truly justify that claim for me and I am positive that the great people of Cuba, with their collective and individual strength, face a very bright future together indeed.